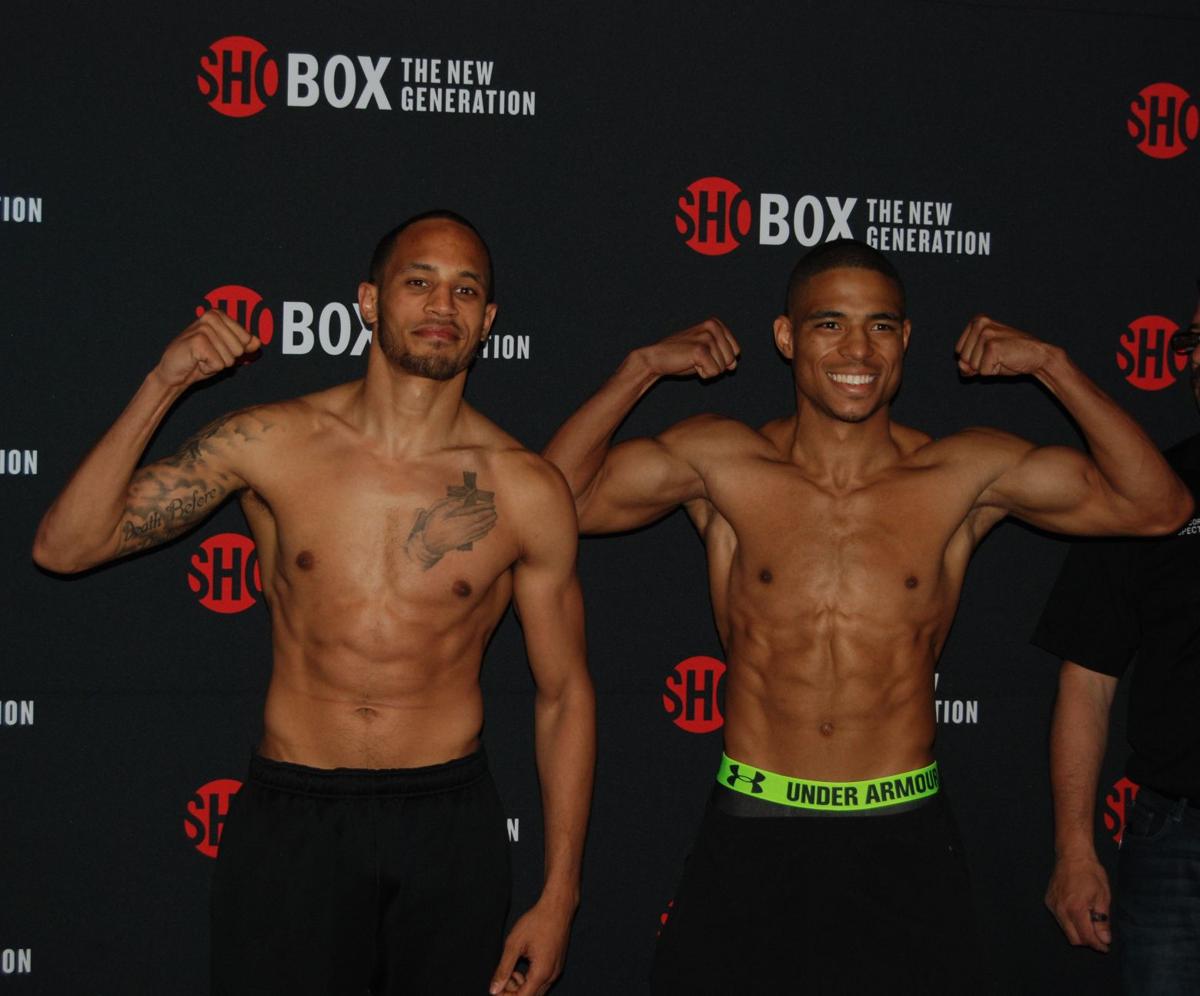 Robert Brant (right) and Decarlo Perez pose for photos after weighing in for ShoBox: The Next Generation 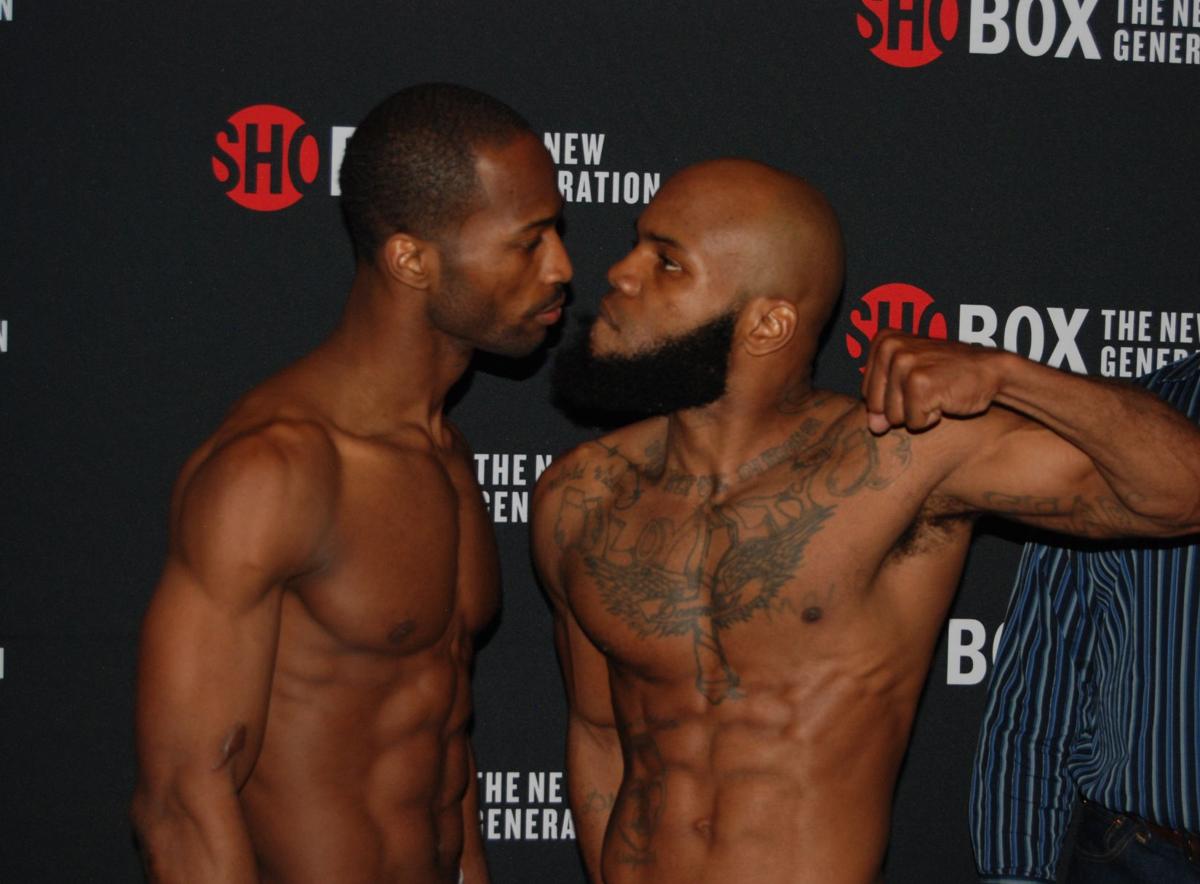 Robert Brant (right) and Decarlo Perez pose for photos after weighing in for ShoBox: The Next Generation

“ShoBox: The Next Generation” is set to kick of its 15th year on television with an seven exciting fights, including a televised tripleheader, tomorrow night at 8:35 p.m. The fights will be broadcasted on ShowTime. The main event will feature Robert Brant vs. Decarlo Perez for the vacant WBA-NABA middleweight title. The co-main bout will be between Jarrell Miller and Donovan Dennis for the vacant WBA NABA heavyweight title.

Fourteen men arrived and took to the scale before a faceoff against their opponent, each eager to take their fight to the ring.

The card is presented by Roy Jones Jr. Boxing, in association with Greg Cohen Promotions and Salita Promotions. Though many of the fighters have traveled to Tucson to fight, there are several Arizona fighters making an appearance on the card.

All fourteen fighters successfully made their respective weights, and all fights on the card are set to go.