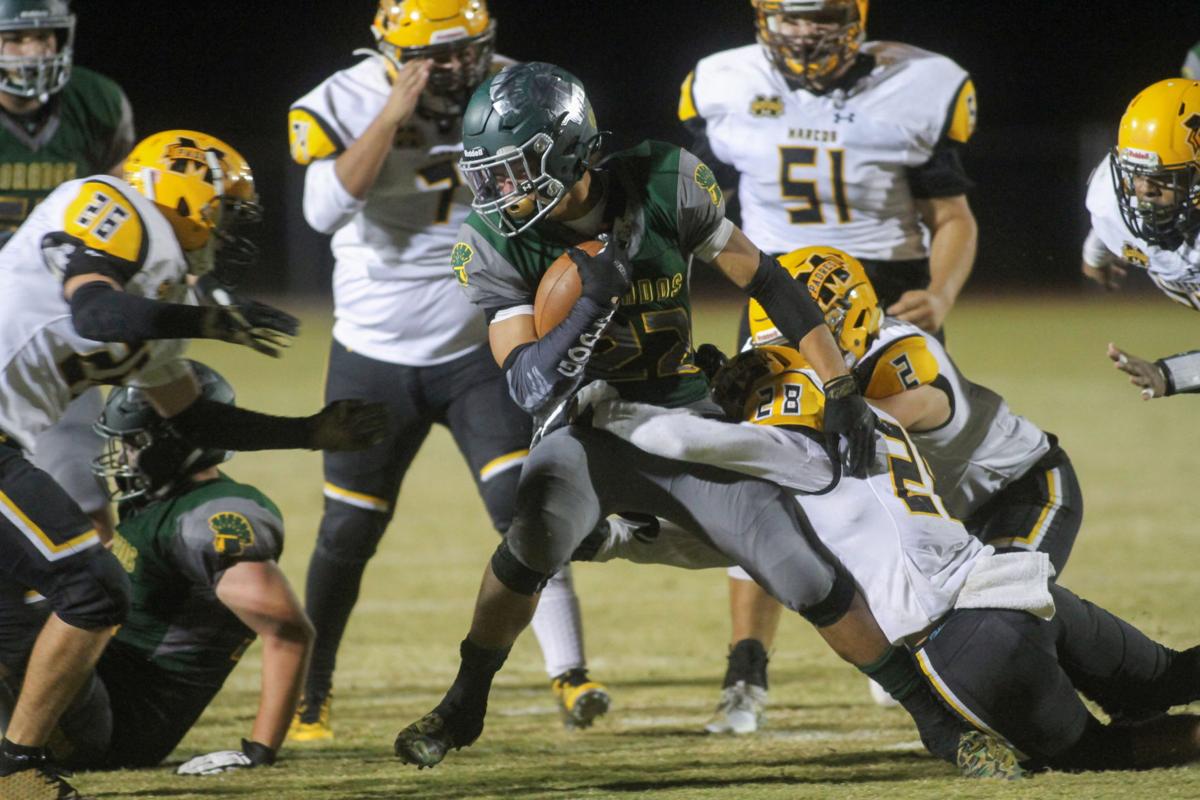 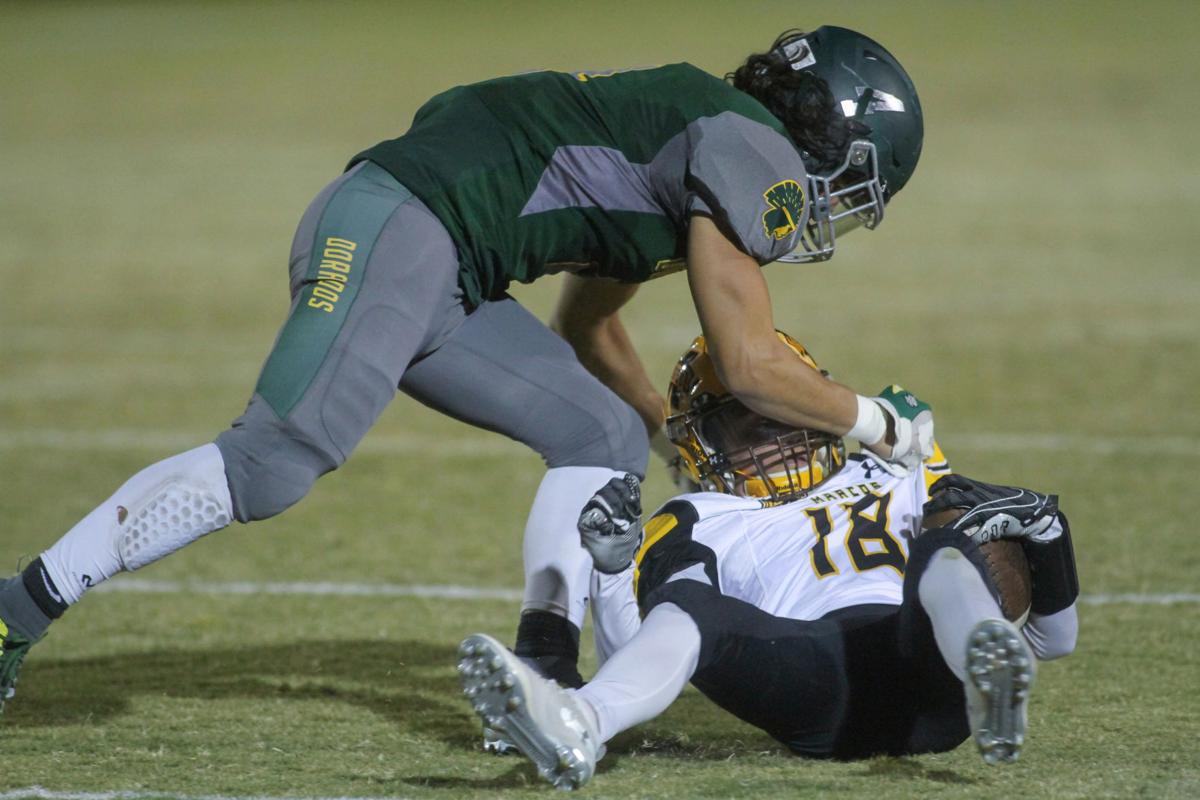 In the immediate aftermath of last Friday’s opening round playoff loss, Canyon del Oro High School football coach Dustin Peace addressed a throng of long-faced teenagers with a tall task on his hands.

He needed to make sure his roughly three dozen players understood the magnitude of their season, which ended with a 13-7 loss to the 14th-seeded Marcos de Niza Padres out of Tempe.

“These kids sacrifice and care about their teammates,” Peace said. “These kids were so much fun to coach, because they were willing and wanting to play this game and play it together. And that’s why I told them it’s okay to cry, because when you put your heart on the line and you come that close, even as a coach, it hurts.”

Peace’s team had its share of chances to emerge victorious in Oro Valley before their luck ran out on a fourth-and-two conversion attempt in the game’s final minute.

The ball was in the hands of junior running back Stevie Rocker, who finished the night with 53 yards on 14 attempts and scored the Dorados’ lone touchdown of the night. Rocker was stuffed on the fourth down attempt—which spelled the end of CDO’s 8-3 season.

“It sucked the way that it ended,” Rocker said. “We played against a great team that was well-coached and well-disciplined, but we still came out and gave it the best we could. We just didn’t finish it the way we wanted to.”

During the team’s postgame huddle, Peace broke down how rare it is for a team to finish their season with a win, especially in the post season.

“Part of their lesson of this whole scenario is there’s only been a handful of times for every high school kid that it works out in the end,” Peace said. “You’ve got to learn to enjoy the process. We talk about the process a lot from the start of the season until now, and these kids truly lived up to that all year long.”

Senior quarterback Jared Vasquez said the team’s chemistry is among the best he can remember in all of his years playing organized football, and believes the 2019 Dorados team will go down in the books as one of the most triumphant in school history, regardless of how they fared last Friday because of the bond they forged on the gridiron this fall.

“The four years I spent here were the best four years of football I’ve ever had, and I’ve been playing since I could remember,” Vasquez said. “No matter what, we stuck together, and we played together.”

The Nighthawks, who were the 13th seed in the 5A playoffs, lost to fourth-seed Casteel, 41-14. The Lions, meanwhile, entered the 5A playoffs as the 16th seed, losing to top seed Williams Field, 56-25.

The Nighthawks finished the season with a 5-6 record, while Mountain View ends the year with a record of 6-5.