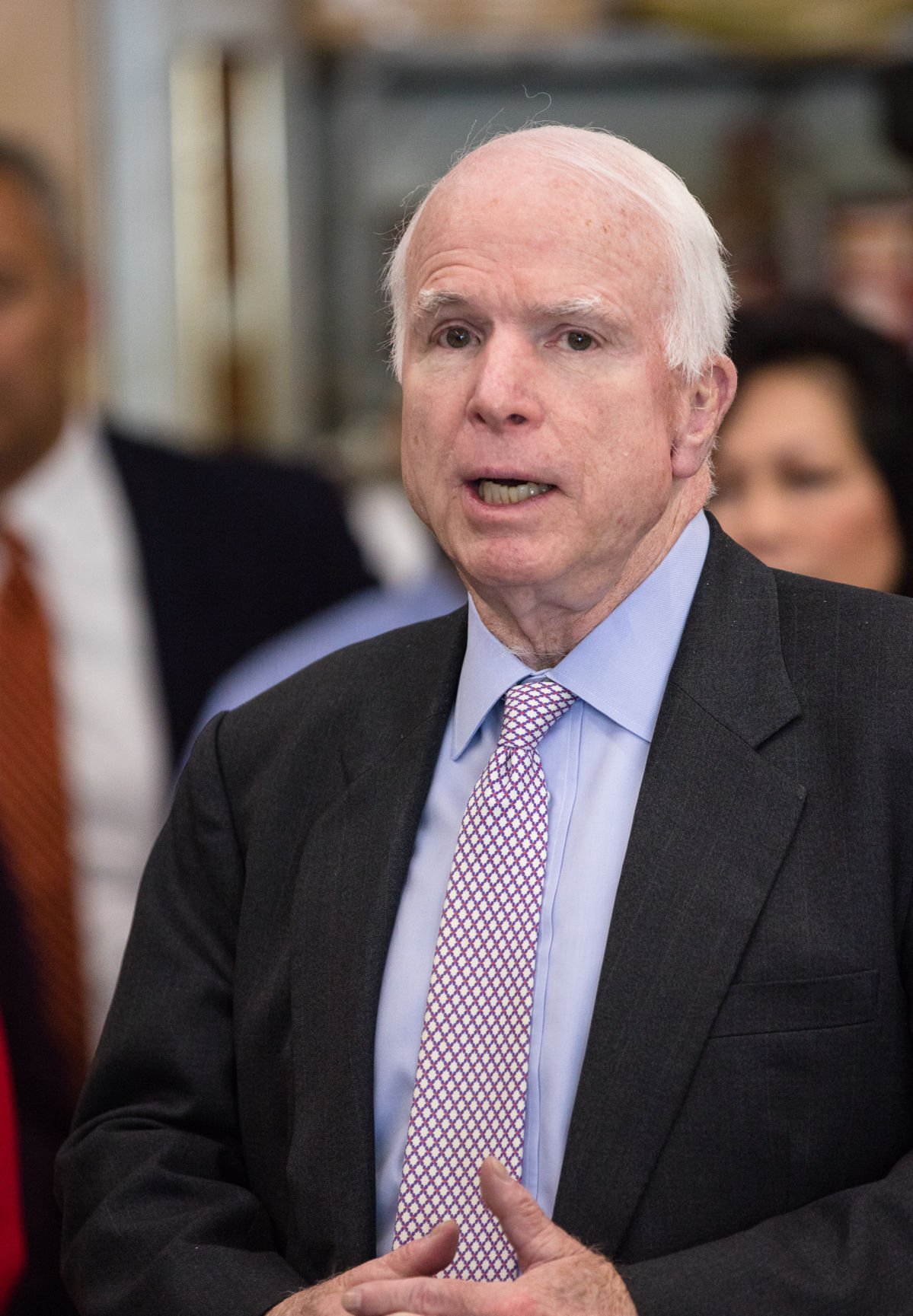 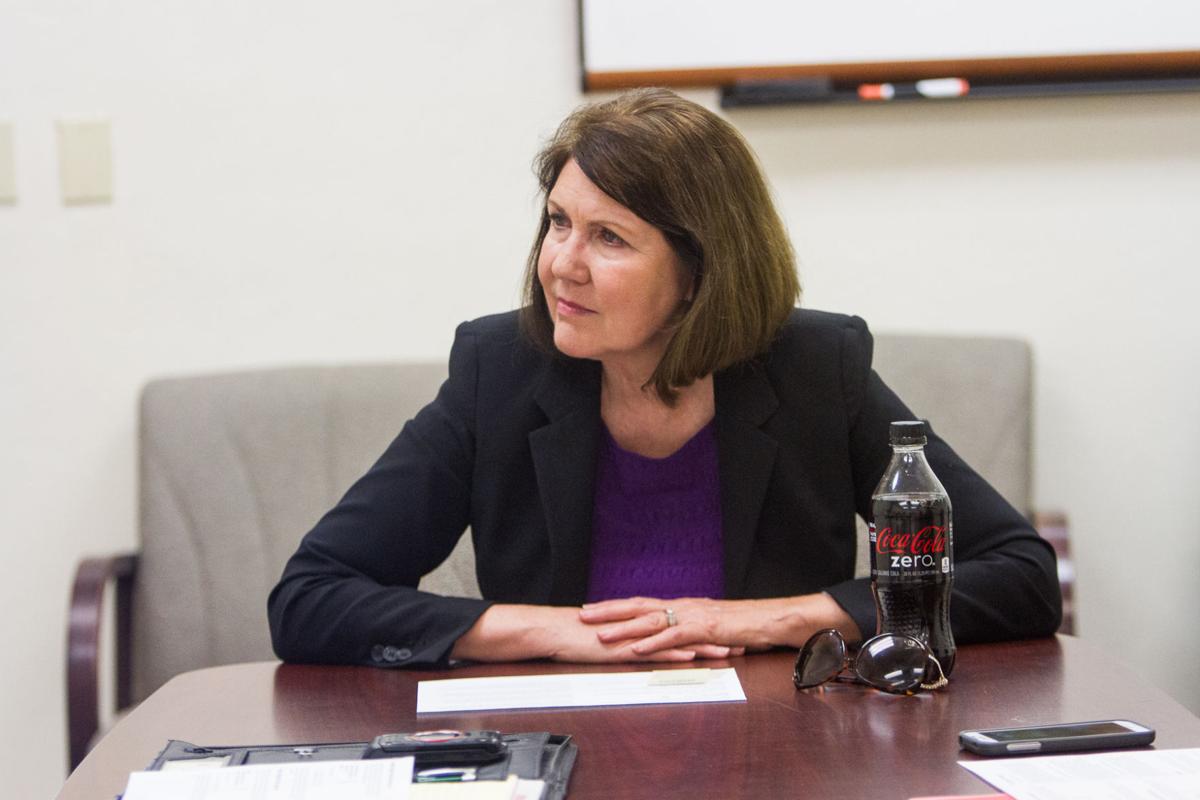 With Arizona in play, Democrats are also hoping that they might topple over the state’s tallest political giant: U.S. Sen. John McCain, the two-time presidential contender who has served in the Senate since he won the retiring Barry Goldwater’s seat back in 1986.

McCain, who has been able to swat away challengers as if they were no more than annoying houseflies, has even said this is likely to be his toughest race.

On the right, he’s facing former state lawmaker Kelli Ward in the GOP primary. And assuming he survives that, he will face Democrat Ann Kirkpatrick, who is giving up her congressional seat to challenge McCain. Kirkpatrick has relatively high name ID for a Democrat, having spent the last four years representing Congressional District 1, which includes Southern Arizona’s Oro Valley and Marana, Northern Arizona’s Flagstaff and Native American reservations, and much of rural Eastern Arizona.

So far, the polls have been all over the place, but they generally give the edge to McCain. Public Policy Polling, which is frequently hired by left-leaning interests, has released several polls showing a close race; the most recent survey of 691 registered voters, taken June 22-23, showed McCain with a 2-percentage-point lead, 42 percent to 40 percent, with the remainder undecided. But a Rocky Mountain Poll of 448 registered voters between June 6 and June 19 showed McCain with a 9-percentage point lead, 40 percent to 31 percent.

But the Public Policy Polling surveys have also consistently shown that McCain is one of the nation’s least popular senators. In the June poll, for example, 30 percent of those surveyed approved of the job he was doing, while 54 percent disapproved.

That’s partially because McCain has long had trouble with the conservatives within his own party, who have been unhappy with his support for immigration reform, his efforts to reform campaign-finance laws and other perceived betrayals of the conservative cause.

As he stumps for reelection, McCain says the low approval numbers of members of Congress reflects the lack of cooperation between Democrats and Republicans in Washington.

McCain himself has moved away reaching across the aisle. He blames President Barack Obama for the slow economic recovery; last month, he said that Obama was “directly responsible” for the madman who killed 49 people in the worst mass shooting in the nation’s history at a gay club in Orlando, Florida, though he later walked back on that statement, saying it was Obama’s policies in regard to ISIS that led to the shooting; and he was one of the first Republicans who said he would not allow an up-or-down vote on Obama’s Supreme Court nominee, Merrick Garland, because Obama was in the final year of his second term.

Democrats see the GOP’s refusal to even hold hearings for Garland as an opportunity to take jabs at McCain. The most recent Public Policy Polling survey shows that overall, 61 percent of Arizonans think the Senate should hold hearings, including 59 percent of independents (with 22 percent opposed) and 45 percent of Republicans (with 34 percent opposed). Forty-one percent of voters said that they were less likely to vote for a senator opposed to hearings, while 24 percent said they were more likely to vote for a senator that blocked them.

Kirkpatrick says McCain’s reluctance to hold the hearings shows that he’s changed from his days as a maverick.

“I think the Senate should do its job,” Kirkpatrick says. “They should have hearings. They should be working on this right now rather than put it off for another year. It’s another indication of how John McCain has changed. In the past he’s insisted on moving ahead with confirmation hearings and now he’s saying he wants Trump to pick the next Supreme Court justice. People don’t like that.”

Team Kirkpatrick often highlights how McCain has vowed to support Trump, despite the fact that McCain said that Trump was the candidate of “wacko-birds” and Trump fired back by disparaging McCain’s experience as a POW during the Vietnam War.

“I have to tell you that I am disappointed that John McCain keeps saying that he will support Donald Trump when John McCain used to be a maverick,” Kirkpatrick says. “He used to be a straight talker. He used to really stand for something.”

Kirkpatrick is particularly critical of Trump’s promise to round up all of the undocumented people now living in the United States and to force Mexico to build a wall on the border between the two countries.

McCain, who angered his own base with a push for comprehensive immigration reform in 2013, saying that a bill that increased border security while giving undocumented people a path to citizenship was both the right thing to do and vital to the political future of the Republican Party, as the GOP risked alienating Hispanic voters if it continued pressing for deportation—or “self-deportation”—of undocumented Latinos.

McCain says he still believes that to be true, but stressed that along with that path to citizenship, there needed to be a beefed-up E-Verify program for employers and better border security. But McCain remains skeptical that Trump’s promise to build a wall would solve the problem.

“I think anyone who has ever been to China knows that walls alone do not prevent penetration,” McCain says.

He supports more fencing along the border, but also believes it needs to be supplemented with technology such as towers and drones.

And McCain doesn’t buy the idea that Mexico would pay for the border wall or that a Trump administration would round up the estimated 11 million undocumented immigrants in the U.S.