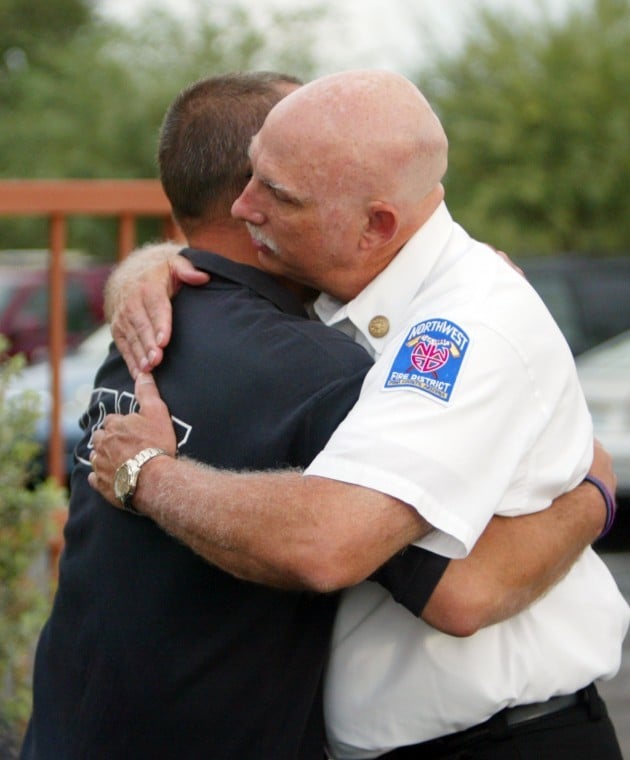 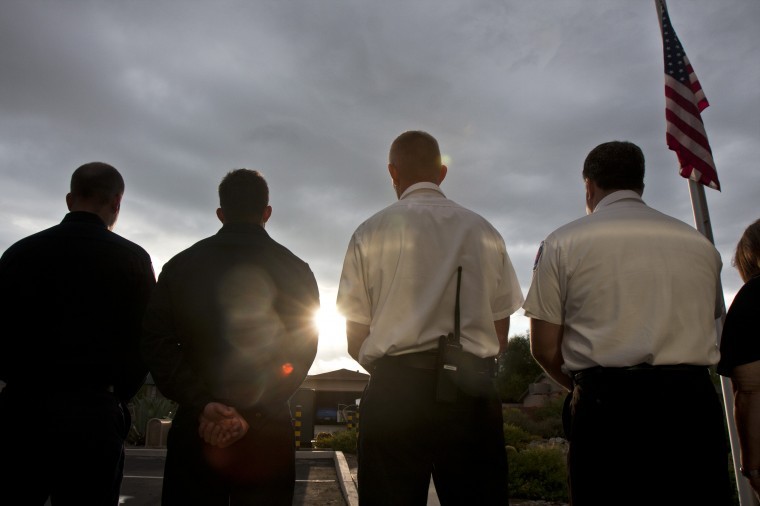 Northwest Fire District personnel stand during a moment of silence outside of Station 38. 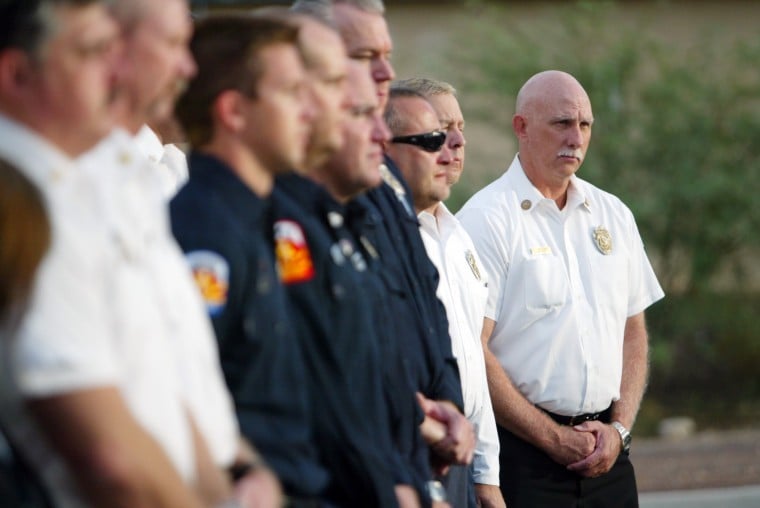 Fire Chief Jeff Piechura, right, and Northwest Fire District personnel stand outside by the American Flag during a moment of silence. 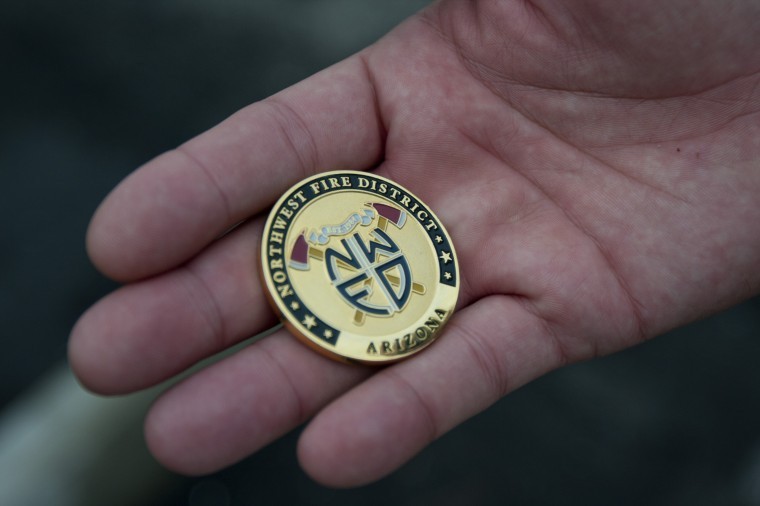 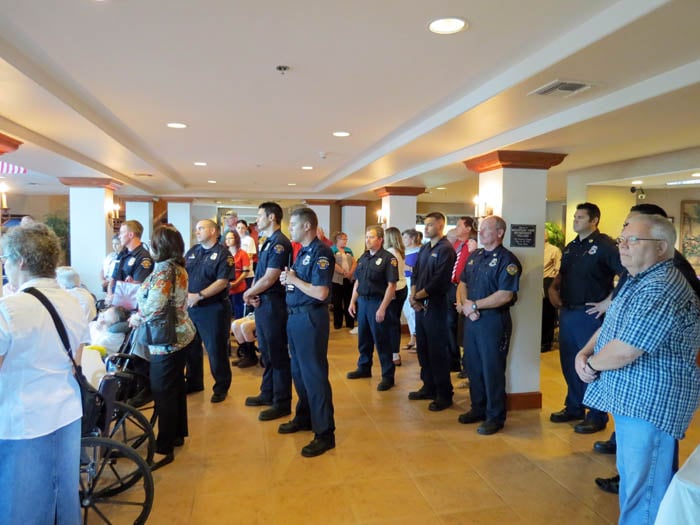 Firefighters and police officers listen to a speaker at the Mountain View Retirement Village where the workers fed the service men and women in honor of them.

Northwest Fire District personnel stand during a moment of silence outside of Station 38.

Fire Chief Jeff Piechura, right, and Northwest Fire District personnel stand outside by the American Flag during a moment of silence.

Firefighters and police officers listen to a speaker at the Mountain View Retirement Village where the workers fed the service men and women in honor of them.

Today many ceremonies will be held to honor those lost 11 years ago on Sept. 11 when terrorists hijacked planes, flying them at the World Trade Center in New York.

While 11 years have passed, the memories are still fresh for many as the Northwest Fire District hosted paid tribute to a New York City firefighter in an early-morning ceremony Tuesday.

Jimmy Sands, a New York City Firefighter, attended the ceremony, marking his first time away from the big apple for any Sept. 11 anniversary.

Sands represents the 9/12 General Project, an organization dedicated to transforming the 9/11 anniversary into a positive platform for volunteerism.

Sands stood with Northwest District firefighters Tuesday morning in front of the Station 38 flagpole where they paid tribute to the victims of 9/11.

Other groups opted to honor local firefighters and first responders throughout the day.

Five businesses and churches in the La Canada/Magee area are joining forces to offer a First Responders Appreciation Block Party.

Firefighters, paramedics and law enforcement officers will be the guests of honor at a BBQ-style luncheon to be served at Mountain View Retirement Village, located at 7900 N La Canada, from 11 a.m. to 2 p.m. Those who are on duty can even “drive through” to pick up their free meal.

In addition to the meal, the event will include musical performances, a flag ceremony, and a pie-baking contest. Additionally, a variety of emergency vehicles will be on display for viewing and photo opportunities, including a fire truck, an ambulance, a police car and a bomb truck with robots.

Remembering 9/11 as a nation is important to many, as Gov. Jan Brewer ordered all flags to be flown at half-mass in honor of the victims.

“Eleven years have passed since the unthinkable terrorist attacks of September 11, 2001, shook our Nation and changed our world,” Brewer said. “The wounds of that tragic day remain fresh, especially for the friends and family members of the nearly 3,000 innocent men and women who lost their lives at the World Trade Center, Pentagon or the field in Shanksville, Pennsylvania, where Flight 93 was lost.

“On this day, let us pay tribute to the victims of 9/11 - including the hundreds of first responders who lost their lives in a desperate bid to save people they’d never met. Let us pray for the loved ones they left behind, as well as the members of our U.S. military and intelligence agencies who devote themselves to preventing future acts of terror against Americans.”

U.S. Senator John McCain said, “Our shock over the enormity of the attack has long passed, as has the nation’s trauma, at least for those of us who did not lose loved ones on that terrible day. But we have not lost, and we never will, our outrage at the inconceivable cruelty, the depravity, it took to plan, organize and execute the atrocities. And let us act on our outrage, and teach our children to do the same, by not only remaining resolute in our efforts to defeat our enemies, but even more so in our efforts to remain the moral opposite of our enemies. Let us be, forever, a people whose respect for the dignity of all human life is our highest and defining value.”