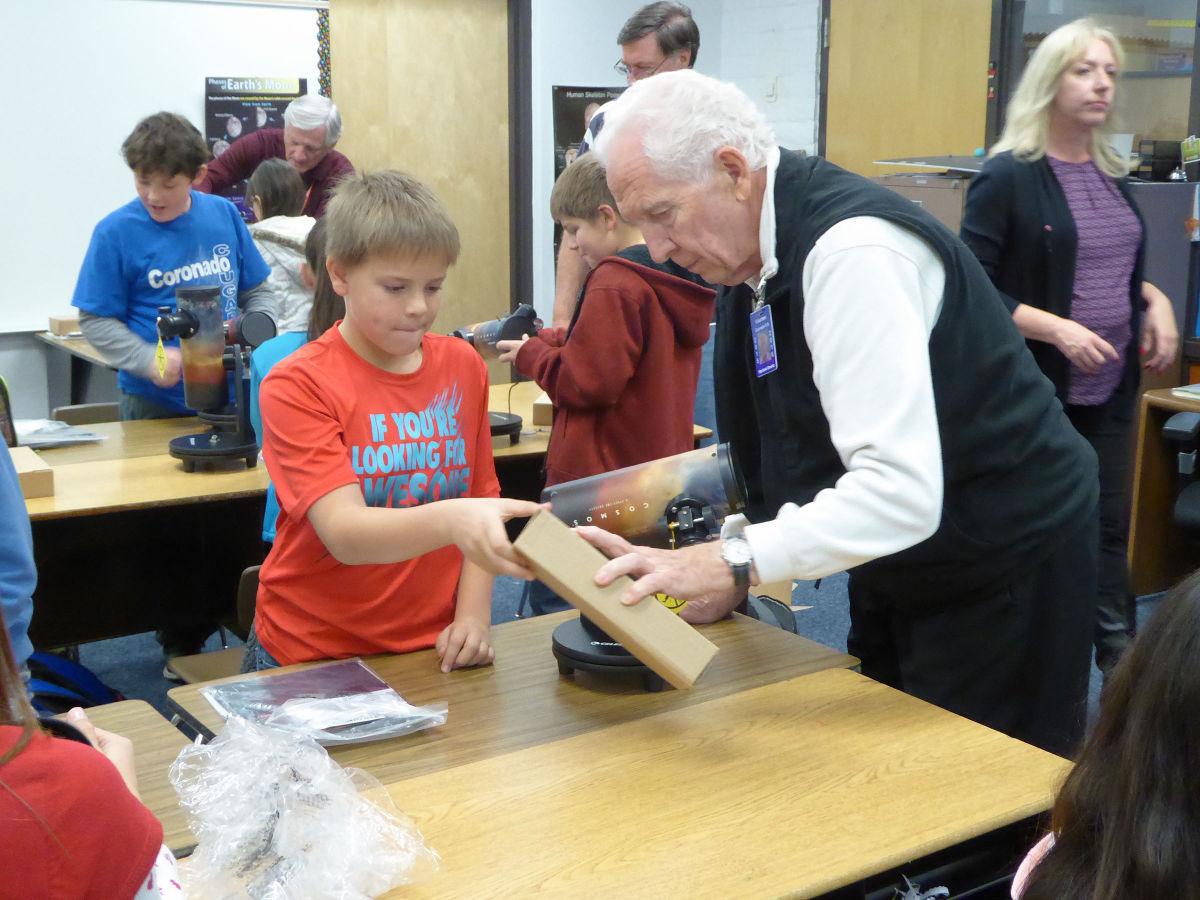 Harland Goertz with the Sun City Oro Valley Astronomy Club presents a telescope to a student at Coronado K-8 School. Representatives of the club presented nearly 100 telescopes to fifth graders at the school. 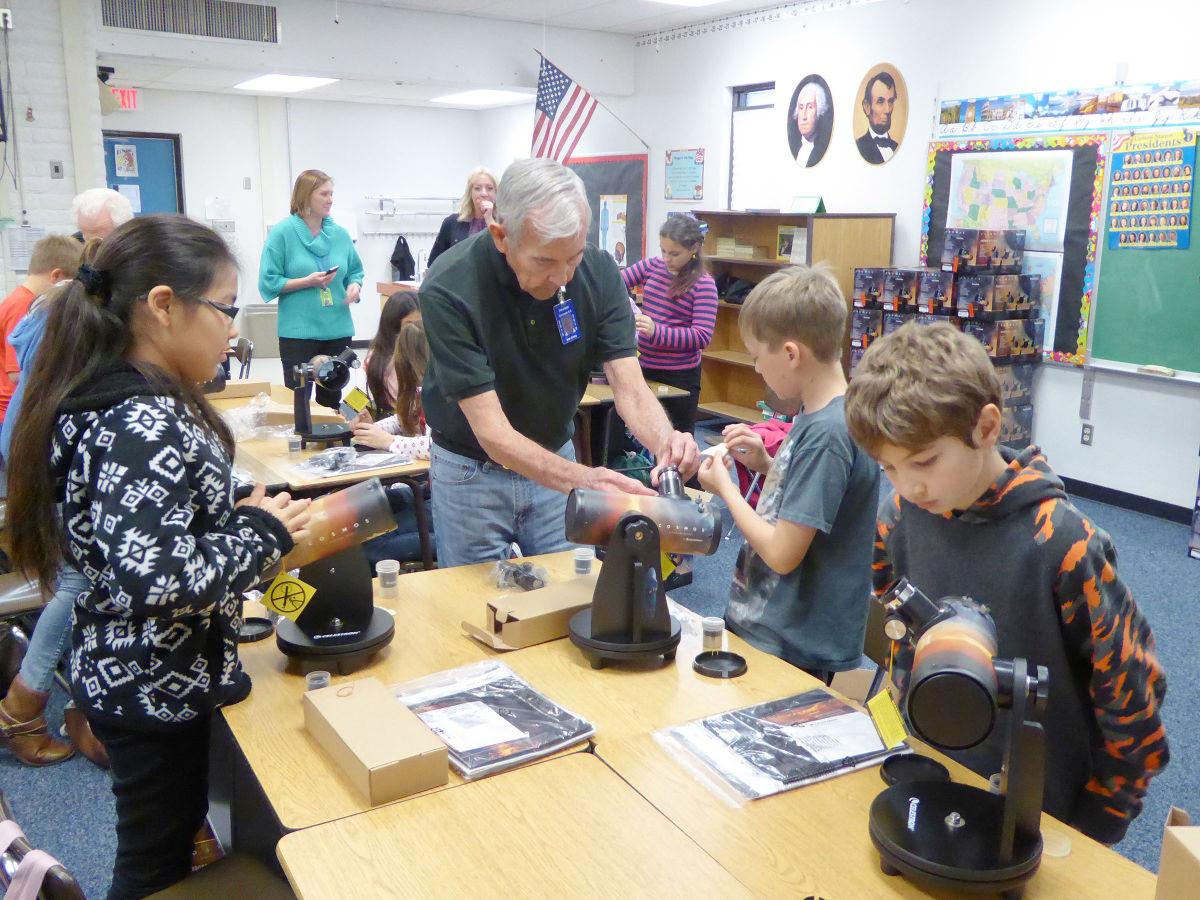 Harland Goertz with the Sun City Oro Valley Astronomy Club presents a telescope to a student at Coronado K-8 School. Representatives of the club presented nearly 100 telescopes to fifth graders at the school.

Fifth-grade students at Coronado K-8 School will have a chance to glimpse far away planets and other celestial figures after a generous gift from the Sun City Oro Valley Astronomy Club. A team of astronomy club members delivered nearly 100 telescopes to the school last Friday, a tradition the group as upheld seven years running.

“The main thing we’re trying to do is get these kids more interested in science and technology,” said Bob Cratty, who led the group of amateur astronomer volunteers. He said the club believes astronomy is a great way to expose kids to the science because there is “a lot for them to get real excited about.” In addition to giving the children their own telescopes, the club members helped each student assemble and better understand how the instruments worked.

The telescope each child received was a Celestron COSMOS FirstScope Telescope, a three-inch reflector telescope with a simple design. The tool-free assembly allowed the students to put together their new devices in a few minutes.

Though some of the students were unsure as to what had been stored in the classroom of fifth-grade teacher Dona Jones, students in-the-know weren’t surprised to find a plethora of telescopes awaiting them in Jones’ room. Whether they were surprised or not, an excited chorus of “telescopes!” and “I knew it!” spread quickly through the students as they entered the room. Jones said she knows many of the older students in the school still use their telescopes as the years go by.

Whether they had older siblings still using their own telescope or were told by an older student, the astronomy club visit is a highlight of the year for all of the fifth graders.

The project is an outgrowth of “Project Astro,” sponsored by the University of Arizona’s National Optical Astronomy Observatory. The project was established to connect teachers with astronomers. In 2009, the SCOV Astronomy Club began raising money through member donations to provide the new telescopes.

Since beginning the program, the club has been able to donate over 600 telescopes to local students. In addition to providing an eye into space, the club has expanded its approach to also provide scholarships to send Coronado students to the UA Astronomy Science Camp each summer on Kitt Peak.