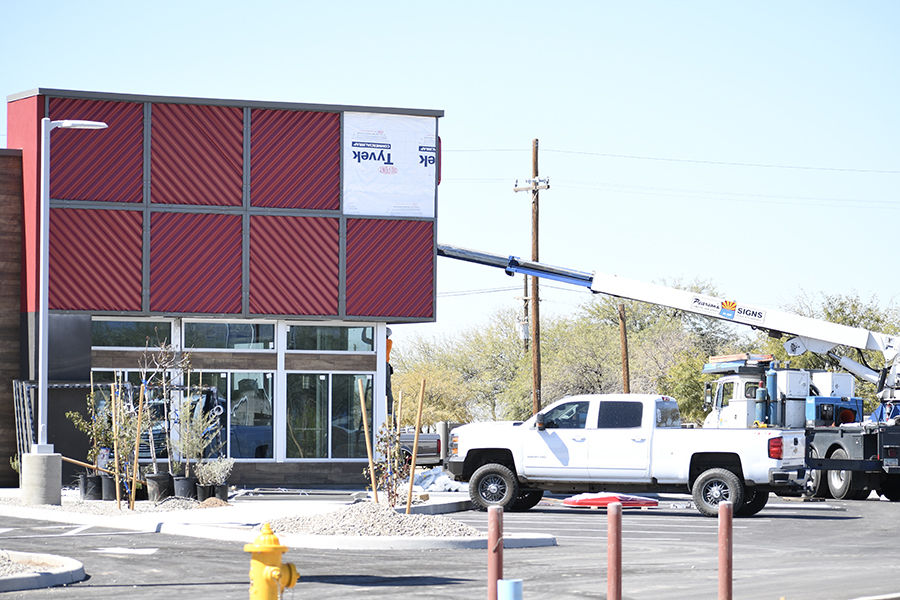 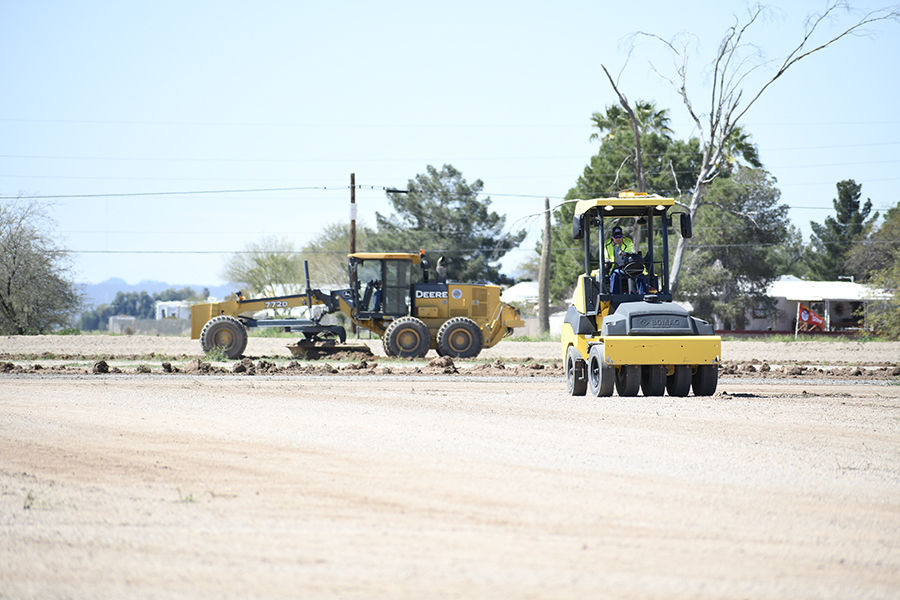 At the lowest level, the economic development team provides information to a company that has already made up their mind about moving to Marana.

“A company may have researched and decided they want to come to the Town of Marana, they’ve already decided on the parcel that they want to build on, and they brought their plans in to Development Services for review,” Woody said. “I’ve had no touchpoint on the beginning side of that. So, I will go to them and talk to them about the incentive programs that we have within the town, and facilitate that with the company.”

At mid-level, Woody and his team are working as a liaison between a company and the town’s Development Services. They will help company leaders understand what the town’s processes are for getting through planning, permitting and related procedures.

Additionally, a company may know they want to relocate to Marana, but they don’t know where to set up shop. Woody will help them figure out what makes sense for the town, what makes sense for their business, and what types of zoning may be required. In this scenario, Woody acts as a site selection consultant for that one company.

At the top level, the economic development team is actively competing to bring a company into the town. Woody said they will receive a project proposal without knowing the name of the company. It will instead be introduced under a code name.

They will receive information about the company’s general operations, infrastructure needs and types of new jobs that could be brought to the area, and the town will have to put together a proposal of their own, complete with cost estimates and available incentives.

“Then if we make it through the first couple rounds of cuts and discussions, we may get to the table and find out who that company is, and then proceed to win that company to the Town of Marana,” Woody said.

This is where Marana’s network of business and development partners really comes into play.

Marana has a Job Creation Incentive Program, which helps businesses relocate or expand in Marana by “receiving reimbursement from reallocation of construction sales tax on new construction or expansion projects,” according to the town’s website. These reimbursements will depend on specific employer qualifications.

Woody calls it a “very robust” program, and Marana even gets calls from other communities across the state who are interested in learning about how to structure their own incentive programs.

“This is actually a model for a lot of the communities, especially up in the Phoenix area,” Woody said.

The Downtown Marana Reinvestment Fund is another tool used by staff to bring more development activity to the town. The fund reallocates construction and general sales tax revenues from new projects within the Downtown Marana District in an effort to pay for “beautification and infrastructure to attract more development in the district,” according to the town’s website.

The goal is to stimulate development in Downtown Marana, where the Marana Municipal Complex is located. Currently, there are not very many commercial businesses nearby. But Woody said they are negotiating with a new developer to bring them into this fund. They hope to produce a new project that makes sense in the area, and in turn offers revenue for the public infrastructure.

Marana also uses resources from Sun Corridor, Inc. and the Arizona Commerce Authority to stay competitive for new companies on a national scale.

“No one jurisdiction can provide the resources that these two organizations provide for us,” Woody said. “They do the heavy lifting. They have national reach.”

The town’s new website, selectmarana.com, is a tool that staff use to promote and market the available properties within Marana. It also has current demographic data that businesses would be interested in.

Woody reported to the council a handful of potential new projects coming to Marana. He and Marana Regional Airport Director Steve Miller are working together to bring in a company that desires new airplane hangars with corporate headquarters for their employees.

There is also talk of a new distribution center at Tangerine Road and Interstate 10, and a 15- to 20-acre medical facility and financial services facility with 500 jobs interested in land near Twin Peaks Road and I-10.

“As this becomes closer to the finish line, we can start talking about who this company is,” Woody told the council.

He stressed to the council that to keep this momentum going, they need to fortify Marana’s “business-supportive climate.”

“We have a reputation out there, and it’s making a difference,” he said. “We’ve relocated four companies from the City of Tucson in about the past six years, because of our reputation, because we are a welcoming community, we are a business-supportive community.”

The town also needs to continue investing in infrastructure in locations where it makes sense for the growth of the community, Woody said. He told the council that Marana has “lots of undevelopable, vacant land,” which could become a disadvantage to them when competing for companies.

Woody said the town staff needs to continue working with the educational sector. He mentioned the Marana Unified School District, which has multiple CTE programs up and running.

“We've got to ensure that Marana’s present and future employers can attract the talent they need,” he said. “So education is a big part of what I do in economic development.”

Marana will continue to target four specific sectors that they see as a right fit: information technology, business services, advanced manufacturing and logistics and distribution.

Council member Roxanne Ziegler asked if the Town of Marana is missing anything that site selectors and big companies want to see from a municipality.

Woody responded that the fight for business is not a competition between Marana and Oro Valley or Tucson, but rather entire states that have bigger economies and more name recognition.

“If we want to be part of that big stage, then we have to propose on those projects. It’s a tough sell, they don’t know who Marana is,” he said. “It’s all about who you know.”

“If we can get to the table, we have a very good shot at winning projects,” he said.