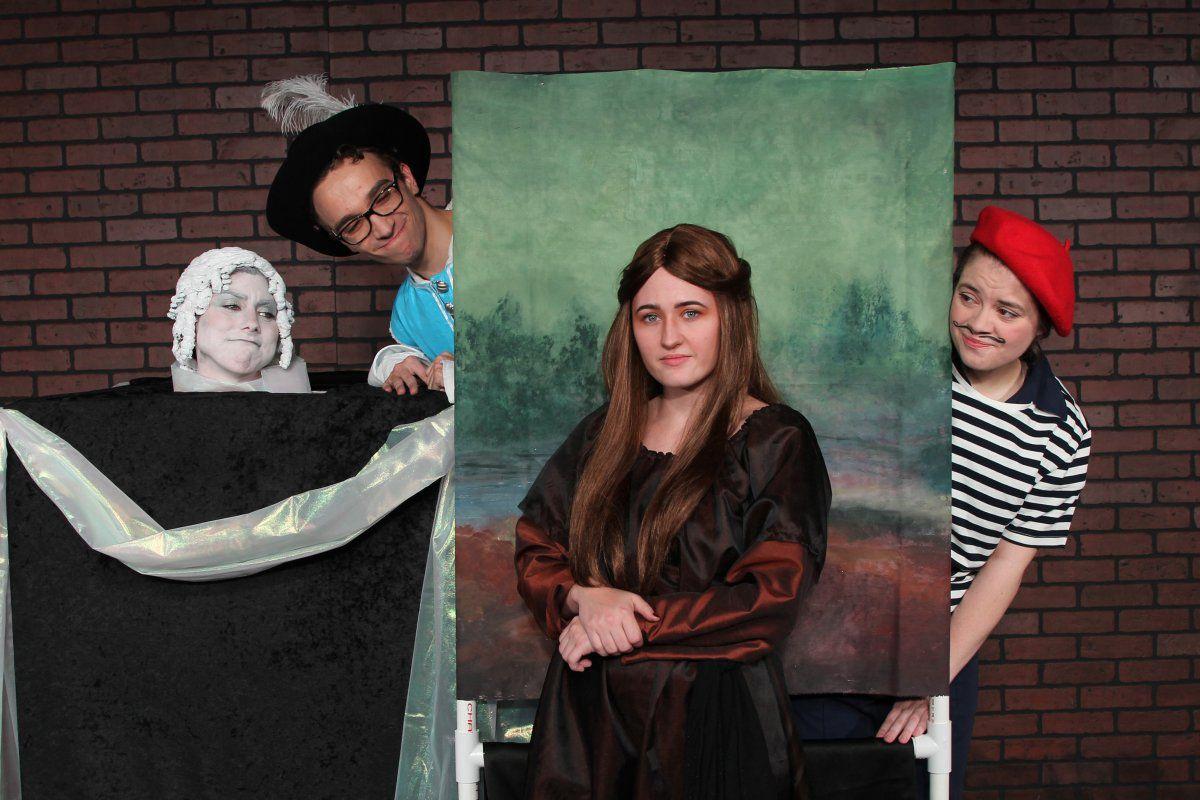 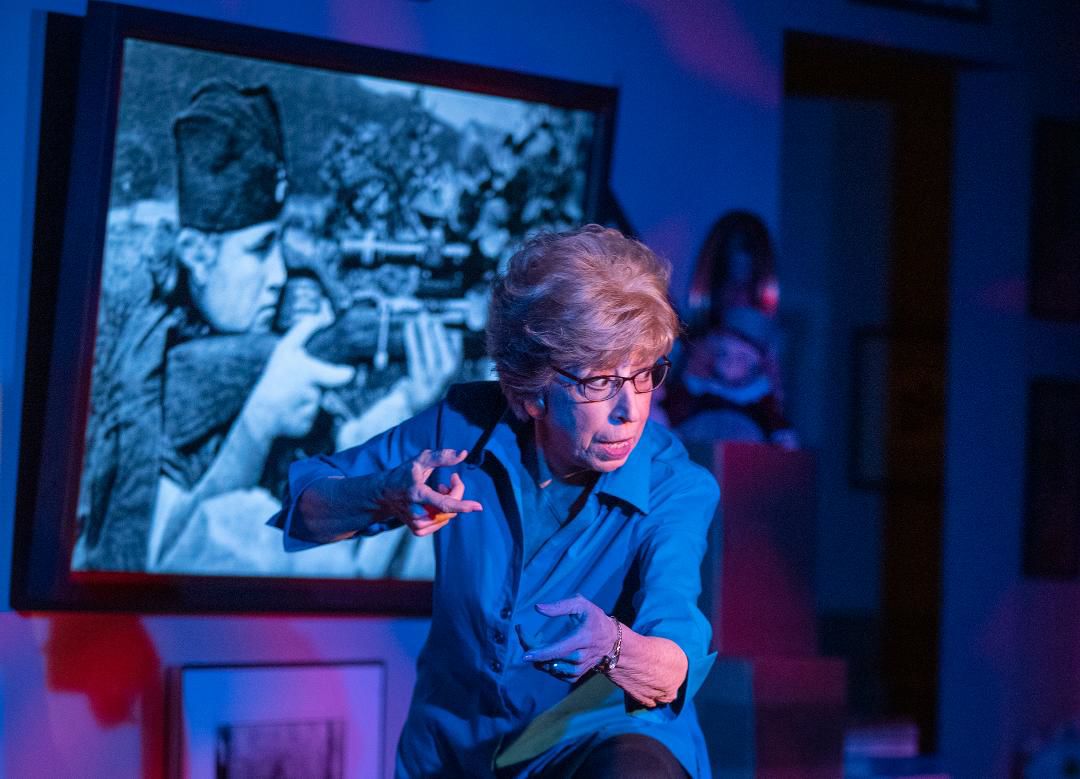 With the vast majority of plays this spring written after 1980 and many within the last 20 years, the theme is very clearly modern. While it can be a risk to produce newer works, there is also so much to gain. Modern pieces are, well, modern. They deal with issues that couldn't have been imagined a hundred years ago. Sometimes they address current socio-political debates, like in The Cake, produced by Live Theatre Workshop, about a baker asked to make a wedding cake for a gay couple. Sometimes the story is old, focusing on love and how to live a good life, but with the modern twist of a nuclear disaster, as in Angels Fall, offered by Winding Road Theater this spring.

Perhaps the most important perk of newer works is the diversity both behind the pen and on the stage. Theatre is still very often skewed male, especially in the writer’s chair. The productions heading our way this spring challenge that, with nine productions written by women playwrights and more than half with woman protagonists. We still have a lot of work to do on gender equality on stage (not to mention racial equality; actors of color are rare on stage and are very often relegated to support roles), but it’s a promising start.

Something Something Theatre is committed not only to having women on stage but to share the rich and varied experience of womanhood. They aren’t shying away from challenging subjects and are starting the year with Cry It Out, a play about new moms and the very real struggle of deciding how to raise a child in a world rife with advice, criticism and cultural expectations. Named for the decision to let your baby cry it out or rushing to them at every peep, Something Something is telling a story that rarely leaves the domestic sphere.

Ada and The Engine, written by the most-produced living playwright Lauren Gunderson (this is Tucson’s third production by her this season), introduces us to one of history’s great but oft-forgotten heroines: Ada Byron Lovelace. She was the mind behind the first computer algorithms, and is finally becoming more recognized as a pioneer in computer programming; Ada and the Engine is the story of a brilliant mathematician ahead of her time.

For audiences of all ages, Live Theatre Workshop’s Mona Lisa on the Loose brings the art of The Louvre to life. The whimsical story follows Mona Lisa—yes, that Mona Lisa—after hours when she and other famous pieces come to life. Fearing that she will be moved to a less prominent part of the museum, Mona and her friends plot to stay put. I love the idea of literally objectified women—that is, women who are actually objects—claiming their agency and taking up space. (Full disclosure: Playwright Gretchen Wirges is a friend and colleague at Taming of the Review.)

Many theatres are exploring what it means to fall in love, fall out of love, grow up, grow old and manage disappointments. In short, they consider life, but from the new perspectives—notably, that of women. Becoming Dr. Ruth (Invisible Theatre) explores the life of sex therapist Dr. Ruth Westheimer, from fleeing Nazi Germany to finding success in America. Ripcord (Live Theatre Workshop), a darkly humorous comedy, follows senior citizens in an all-out battle for the best room in the care facility. At the other end of the age spectrum, The Wolves (Arizona Repertory Theatre) introduces the audience to a high school women’s soccer team and all the challenges, comedy and drama of adolescence. The Beauty Queen of Leenane (The Rogue Theatre) digs into a difficult mother/daughter relationship.

For the second year, Winding Road Theater is presenting Eight 10s in Tucson. This play festival features eight brand-new, 10-minute plays written by playwrights from around the country, including one from Tucson. Subjects range from a night of theatre to hitchhiking to murder. These short plays give the audience a night of varied and often unexpected theatre. My only complaint is that a cursory Google search suggests that all eight playwrights are men. I’d love to see a festival celebrating new works to be more inclusive.

In a sharp departure from the modern theme, this spring brings three Shakespeare productions: Twelfth Night at The Rogue Theatre, As You Like It at Pima Community College and The Two Gentlemen of Verona at Arizona Repertory Theatre. These comedies feature love and friendship, as well as incisive examinations of society, relationships and power.

If that isn’t enough Shakespeare for you, you can also catch The Complete Works of William Shakespeare (Abridged) at Arizona Rose Theatre. This fast-paced show squeezes every comedy, tragedy and history into one performance with middling success but plenty of hilarity. Arizona Rose is taking a new approach to the piece, typically performed by three male actors, by casting a woman in one of the roles. If classical Shakespeare isn’t your thing, Complete Works is a fun way to get a taste of the Bard.

If you love a good musical, you’re in luck! Song and dance will take center stage in eight productions, three of which are family-friendly. Well-known titles like Singin’ in the Rain (Pima Community College) and Into the Woods (Arizona Rose Theatre) bring familiar stories to life. The Legend of Georgia McBride (Arizona Theatre Company), The Light in the Piazza (Arizona Repertory Theatre) and The Light Princess (The Scoundrel & Scamp Theatre) each sing their way through journeys of personal growth. Southern Arizona Performing Arts Company rounds out their inaugural season with 1776, the Tony Award-winning tale of the revolution and the Continental Congress.

Tucson is rich in theatre and we have many exciting productions to look forward to over the next several months. Theatre is best when it is entertaining and gives the audience something to think about, take away, and learn from. These modern pieces offer all that and more.

Find this and other local theatre reviews at tamingofthereview.com, a totally awesome, female-led, local, diverse, and community-oriented collective dedicated to coverage of Tucson theatre.