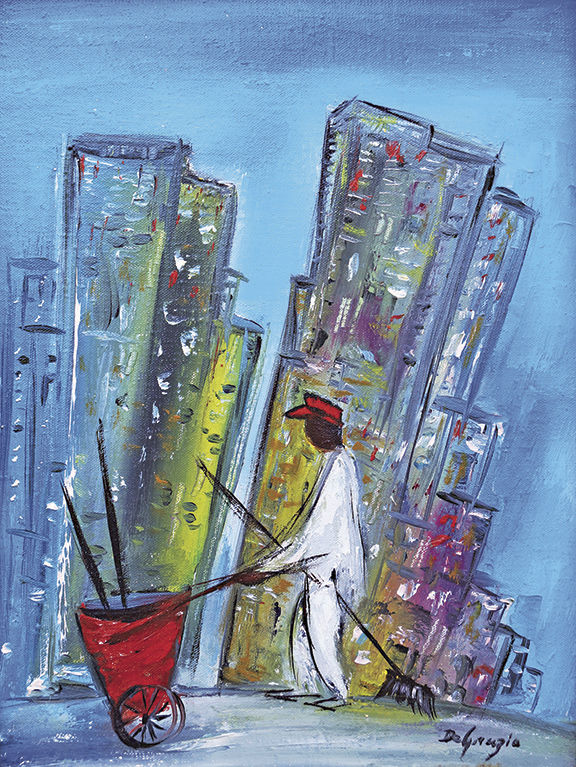 A painting from the ‘Degrazia Downtown’ exhibit featuring skyscrapers, a rare sight in DeGrazia’s artwork. 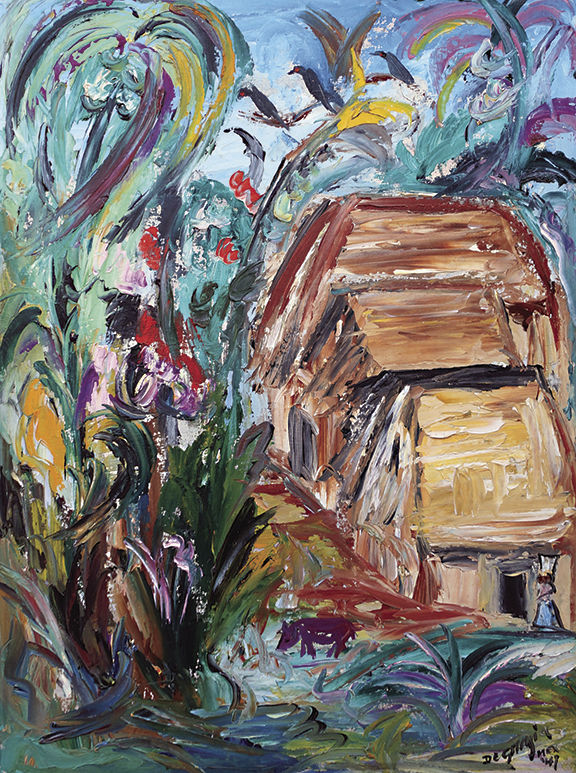 A painting from the ‘DeGrazia Paints the Jungle’ exhibit.

A painting from the ‘Degrazia Downtown’ exhibit featuring skyscrapers, a rare sight in DeGrazia’s artwork.

A painting from the ‘DeGrazia Paints the Jungle’ exhibit.

After Ted DeGrazia married his wife, Marion, in the jungles of Oaxaca, Mexico in 1947, he returned from their honeymoon with dozens of fresh paintings. The tropical flora and fauna inspired his impressionist art style, as did the small chapel where their wedding took place.

Painting while traveling was nothing new for DeGrazia. The prolific Tucsonan painted almost everywhere he went, including the downtowns of New York and San Francisco. Both the jungles and urban environments can be seen at two new exhibits at DeGrazia Gallery in the Sun, with an opening reception Friday, Sept. 6.

The two new exhibits are “DeGrazia Paints the Jungle” and “DeGrazia Downtown,” both featuring never-before-seen paintings. The exhibits include dozens of art pieces, ranging from water colors to drawings to oil paintings. While DeGrazia’s most famous paintings are of Native American children and Southwestern landscapes, these exhibits offer many patrons a completely new side to his oeuvre.

“DeGrazia’s collection of work is so varied, and this gives us a chance to show off his versatility,” said DeGrazia Arts and Cultural Foundation Executive Director Lance Laber. “Many of his earlier fans were kind of in a niche, demanding the Native kids from him. So there’s a lot of things you’re used to seeing from DeGrazia, but we’re getting to show off a lot of his other stuff.”

The “DeGrazia Paints the Jungle” collection ranges from the 1940s to early 50s, with a dozen paintings on display for the first time. While many of DeGrazia’s more iconic paintings can be sparse and depict desolate desert landscapes, his jungle series explodes with color and texture; tropical birds blend in with palm fronds and vivid bromeliads. While some of the paintings are as full and lush as the jungle canopy, certain selections still feature DeGrazia’s iconic Native American children.

The “DeGrazia Downtown” is more diverse, ranging from 1940 to 1974, and includes scenes from New York City to San Francisco to Native American trading posts. The paintings include scenes rarely viewed in DeGrazia’s work: city skylines, street cleaners and vehicles.

“He didn’t see traffic jams or skyscrapers in Tucson, so they were really novel for him,” said Jim Jenkins, collection manager for Gallery in the Sun. “It’s a rare thing to see street scenes.”

While the “DeGrazia Paints the Jungle” and “DeGrazia Downtown” are premiering at the same time, Jenkins said they are not meant to juxtapose, but stand independently alongside each other. However, both of these exhibits do document DeGrazia’s lifestyle of constant creation. Even when travelling to new cities, even when getting married or going on vacation, he constantly painted and illustrated.

“He was so prolific, he didn’t have room to show off or sell all of his paintings,” Jenkins said. “Most of the paintings he made, he tried to sell. But if they didn’t sell, he took them down but wouldn’t paint over them.”

This prolific output can also be seen at DeGrazia’s gallery itself. Other than the paintings on the walls, art pieces hide in every nook of the 10-acre estate. According to Jenkins, Gallery in the Sun contains an archive of some 14,000 pieces of art from DeGrazia. Many of these pieces have sat for 30 or 40 years, never exhibited or seen by the public.

Even decades after his death, the public is discovering new artworks, and even entire new genres of DeGrazia’s work.

The “DeGrazia Paints the Jungle” and “DeGrazia Downtown” opening reception lasts from 5 to 7 p.m. Friday, September 6. The exhibits will remain on display through January 29, 2020. 6300 N. Swan Road. Free.