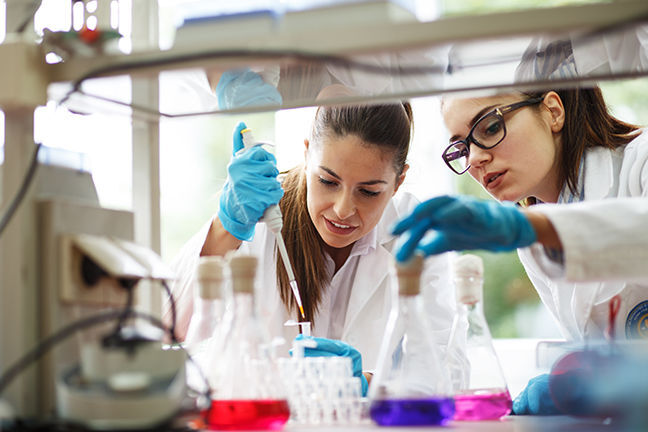 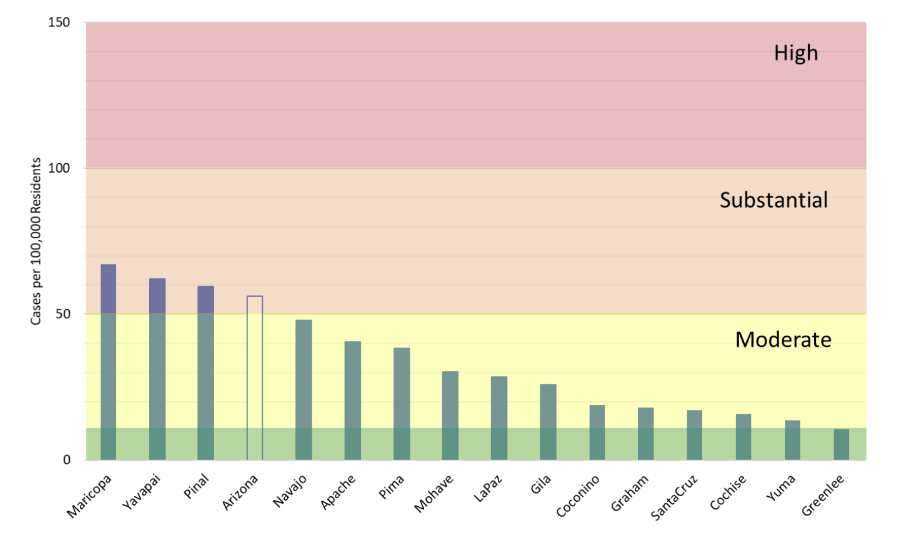 It may be hard to imagine a time when 20 confirmed COVID cases in the entire state was newsworthy, but thanks to the diligence of an associate professor out of the University of Arizona, the public can look back on weekly reports tracking how the virus spread throughout Arizona.

Joe Gerald, PhD, who works in the UA’s College of Public Health, has written weekly COVID reports that listed the number of Arizona COVID cases, forecasted the virus’ growth, and kept up to date on health guidelines. But with nearly half the state vaccinated and cases at a low plateau since March, Gerald ended his regularly scheduled reports on Friday, May 21.

“I have a pretty high degree of confidence that we’re past the worst of it in Arizona,” Gerald said. “We did a good job of predicting what the coming weeks would be like, but we could never accurately predict the inflection points [when curves change direction].”

Gerald is a health services researcher who serves as the director of UA’s Public Health Policy & Management program. For decades, he has studied the cost-effectiveness of respiratory illness-related interventions, such as tuberculosis contact screening and school-based asthma management.

The information in his reports was intended to help guide response to the outbreak, not predict exactly how the pandemic would evolve, by showing what might occur if current conditions remained

Gerald began his reports in mid-March 2020, back when confirmed COVID-19 cases in Pima County could be counted on one hand, and no deaths had yet to be reported. Despite this, his first report projected Arizona could see more than 60,000 new cases daily by May 2020 if no prevention measures were taken. He acknowledged that such “unabated growth” was extremely unlikely, but figured such projections could help gauge the extent to which public health interventions would “flatten the epidemic curve” by delaying the peak and reducing the number of new cases.

Of course, Arizona never saw this extreme number of cases per day thanks to shutdowns and mask mandates. And while stay-at-home orders in Arizona and other states helped reduce cases, new infection numbers skyrocketed from hundreds to thousands per day after Gov. Doug Ducey declared Arizona was “clearly on the other side of this pandemic” in May 2020.

Gerald and other public health researchers expressed concern in May when Arizona’s stay-at-home orders were lifted, increasing social interactions with the potential to transmit infections. And while cases did increase following the orders being lifted, the spike wasn’t even close to what the state would see in late 2020.

“We were aware many of the necessary shutdowns and mandates were difficult politically, and that after things reopened, additional future shutdowns were almost impossible,” Gerald said. “Even though we had a realistic and pragmatic view, we were angry and frustrated that the Governor didn’t step in during December. We thought he’d institute targeted interventions when the cases were that high.”

As the reports continued, they took on data like testing efficacy, infection delays, medical burdens—and finally, vaccine distribution. His reports also indicated that COVID-19 ranked as the leading cause of death in Arizona since the pandemic began.

He noted how by February 2021, a pressing challenge would be “holding the line” on public health mitigation practices in the face of improving conditions, and buying time for more of the population to get vaccinated. And while vaccination rates rose with Pfizer and Moderna gradually becoming available to more sections of the population, Gerald and others noted that vaccination rates slowed as most who wanted vaccines received them, and many of those hesitant remained unvaccinated.

“I’ve been thinking about what happened in 1918 with the influenza pandemic versus 2020,” Gerald said. “A big difference is that science has come a long way. That’s not to say science is perfect, but we were able to develop a vaccine and get it delivered within a year. The press has also been very important for information, and even critical of lawmakers they viewed weren’t taking the pandemic seriously enough. And while we’ve made progress in human behavior, it’s still the weak link in our pandemic preparedness plan.”

With Arizona’s current vaccine rates and infection numbers nearing a “moderate” spread of COVID, Gerald says the greatest threat is a virus variant with vaccine- and immune-resistance properties that could reset the clock, and put us back at “ground zero.” Luckily, most variants, such as the B1617 variant first identified in India and now in Arizona, have not been found to be vaccine resistant—although evidence shows some are more transmissible.

Along with other public health professionals, Gerald supports wearing masks as one of the easiest and most effective methods of reducing infections. However, similar to shutdowns and mandates, he acknowledges their political difficulty.

“The CDC is in a tough spot. They’re trying to thread a needle; the medical science says masks work, but there are still many so strongly opposed,” Gerald said. “With these polar opposites, it’s almost impossible to have a non-controversial mask mandate.”

Gerald is closing his regularly scheduled weekly reports, but has said he will return if something unforeseen develops. In his place, there are multiple other public health professionals still modeling and writing COVID reports, including a research group out of Arizona State University.

“The ASU COVID-19 Modeling group estimates the doldrums to continue for most of the summer before materially improving. This is the result of continued normalization of behavior, more prevalent highly-transmissible variants and slowing vaccination rates,” Gerald’s final report reads. “Even though too many Arizonans are not fully vaccinated as we would like, another summer resurgence seems off the table. That doesn’t mean though we won’t experience thousands more COVID-19 cases and hundreds more COVID-19 deaths over the summer. So, please get vaccinated if you haven’t already.”