Skip to main content
You have permission to edit this article.
Edit
Welcome, Guest
Home
News
Your Voice
Entertainment
Sports
Obituaries
Classifieds
Recommended
Your Papers
1 of 3 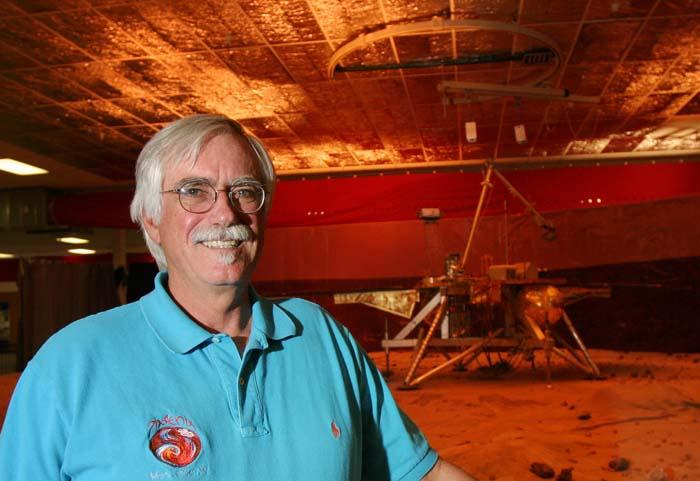 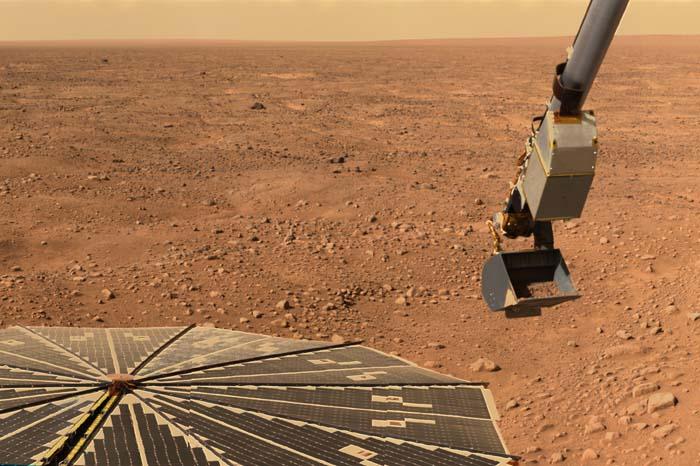 Courtesy of NASA/JPL-Caltech/University of Arizona/Texas A&M University, The Phoenix Lander's robotic arm scoops up samples from Mars' surface and delivers them to the various science instruments located on the spacecraft. Recently the Lander confirmed the presence of water on the Red Planet. 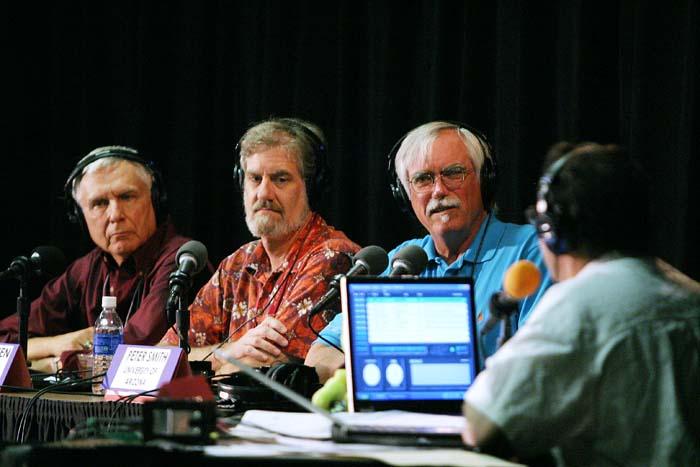 Courtesy of NASA/JPL-Caltech/University of Arizona/Texas A&M University, The Phoenix Lander's robotic arm scoops up samples from Mars' surface and delivers them to the various science instruments located on the spacecraft. Recently the Lander confirmed the presence of water on the Red Planet.

The sun is quite literally setting on the Phoenix Mars Mission, but the scene is still busy at the University of Arizona’s science operation center.

“What we’re doing is tying up the loose ends of the mission,” said Principal Investigator Peter Smith.

The race is on to squeeze in every last measurement and test before the Martian winter hits sometime in November and the lander slips out of the sun’s range.

Scientists aren’t sure what will happen when the sun dips below the Red Planet’s horizon.

Originally set for 90 days, the mission has been extended with the help of an extra $2 million due to the lander outliving its life expectancy. The mission will go on as long as it can, until the sun dips below the Martian horizon for winter, much the same way regions of Alaska experience months of light followed by months of darkness.

At that point, the lander will enter a kind of hibernation mode, unusable due to the lack of sunlight and the buildup of frozen carbon dioxide on the solar panels. Scientists aren’t sure if the spacecraft will be usable again for next year’s Martian spring.

“We did not design the solar panels to withstand that kind of abuse,” Smith said.

Each morning, all the scientists in the building gather to discuss the plan for the next day’s mission, and disembodied voices chime in from other parts of the world. While many of the researchers have gone home, there is still a contingent of scientists and students on hand at the Tucson mission control to run day-to-day operations.

Today is Sept. 11, or Sol 107 — the number of Martian days Phoenix has been on the surface. Since a day on Mars is 39 minutes longer than a day on Earth, the scientists at first rearranged their schedules to live on Martian time, sometimes with the “day” beginning at odd hours of the morning.

Now that Phoenix is in its latter stages, the schedules are relaxed but the researchers still take their jobs seriously.

“I come in anyway because I don’t want to miss anything,” Woida says.

Next week, the Tucson command center will be more crowded than it usually is, when a crew from National Public Radio arrives to broadcast an episode of Talk of the Nation Science Friday.

NPR Host Ira Flatow will say, “I hear the talk about these dust devils. Are they going to blow the lander around?”

Smith will respond, “The nice thing about dust devils is they can clean the dust off your solar panels, so these can be friendly dust devils.”

But today, headquarters is relatively quiet.

Senior engineer Patrick Woida’s office is plastered with pictures from the mission, not unlike the other workspaces in the building. He works with the lander’s camera. As with all missions, names like camera and oven have fancy acronyms, in this case SSI (Surface Stereo Imager) and TEGA (Thermal Evolved Gas Analyzer).

The SSI has two lenses, Woida explains, so the lander can return three-dimensional images of the surface. This feature is also useful for digital elevation maps.

The camera has taken thousands of images from the surface, making it one of the most documented areas in planetary exploration. Recently, the SSI picked up signs of a dust devil and moving clouds, Woida says.

Patrick Woida is not the only one in his family on the mission. His son, Rigel, an optical engineering student, is also working on the lander, albeit in a different capacity.

The younger Woida has a job opposite that of his father. While the camera falls into the “downlink” portion of the mission, Rigel is responsible for shooting “uplink” commands to the lander’s robotic arm.

“One of the great things about the robotic arm camera is it can function when it’s very, very cold,” he says.

The plan for Sol 107 is to deposit a sample already in the robotic arm into one of the lander’s science instruments. Earlier in the morning meeting, Rigel was trying to bargain time to move the arm back to a different position for the next day’s work. As time is limited on the mission, each batch of code sent to Mars must be arranged and scheduled.

“It’s an interesting transition point,” the son says, explaining that in the early days of the mission an impromptu arm movement would have had to wait until later.

Rigel says many people on the mission noticed an openness between the two Woidas but didn’t know they were related.

“At first people would comment on the bond,” the younger Woida says, adding that as the mission went on, most of the team developed that same familial bond.

Arizona has had a long-standing connection with Martian research. One hundred years ago, Percival Lowell published “Mars as the Abode of Life.” Lowell had been studying Mars for more than a decade at that point from his observatory in Flagstaff.

While his theories on Martian canals and civilizations seem farfetched today, he drew maps of the planet and laid the groundwork for the discovery of Pluto.

More recently the UA directed the development of the High Resolution Imaging Science Experiment on the Mars Reconnaissance Orbiter, currently circling Mars. The HiRISE camera is capable of photographing the surface in great detail, useful for determining a safe landing site for Phoenix.

Launched in August 2007, the Phoenix spacecraft landed on Mars nine months later, ready to research its two primary objectives: see if life could be sustainable and study the history of water.

One of the milestones of the mission came in August, when scientists confirmed the existence of water on the Red Planet. The most recent development in the mission is an attempt to flip over a rock the size of a videotape to see what’s under it.

On the other side of the plant, the rover Opportunity is still driving around, four years after it landed.

The fate of Phoenix is a little hazier.

Waking the lander up is not something the researchers are hedging their bets on.

“It’s unlikely,” Woida said. “We call it the Lazarus mode.”