Skip to main content
You have permission to edit this article.
Edit
Welcome, Guest
Home
News
Your Voice
Entertainment
Sports
Obituaries
Classifieds
Recommended
Your Papers
1 of 8 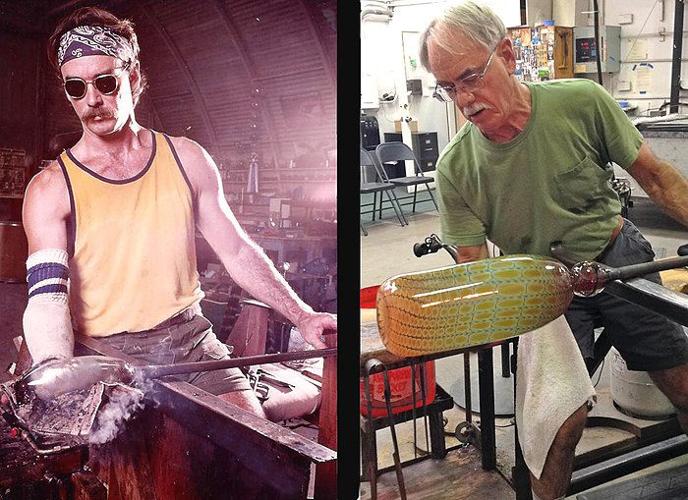 Artist Tom Philabaum won’t be working with molten glass anymore, but his signature gallery at 711 S. Sixth Ave. remains open and will host a retrospective of his five decades of work. 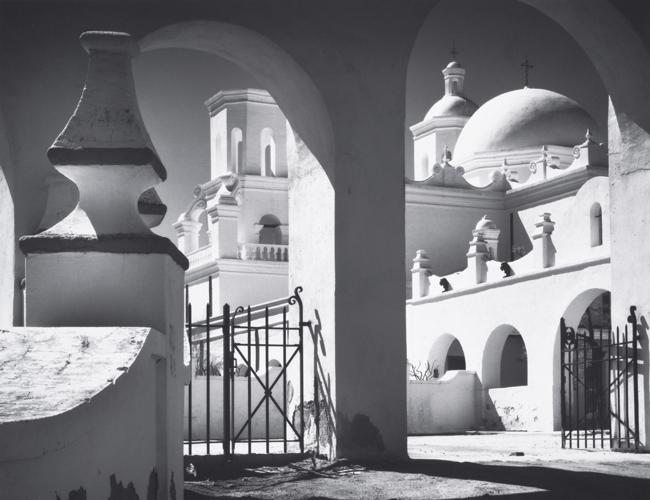 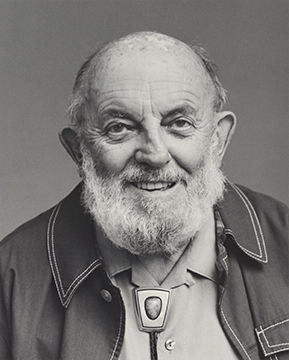 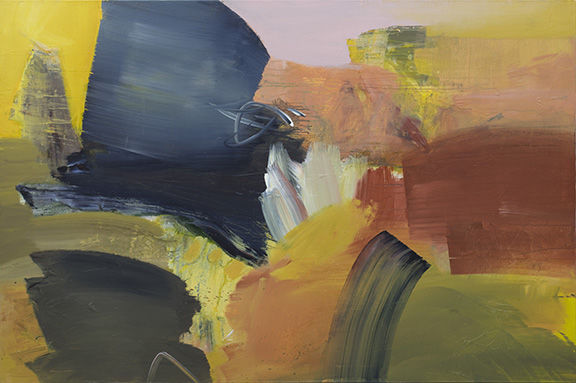 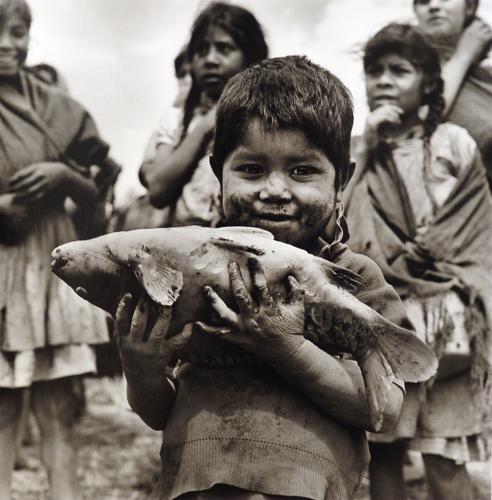 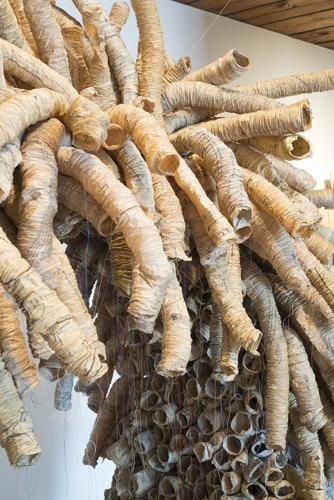 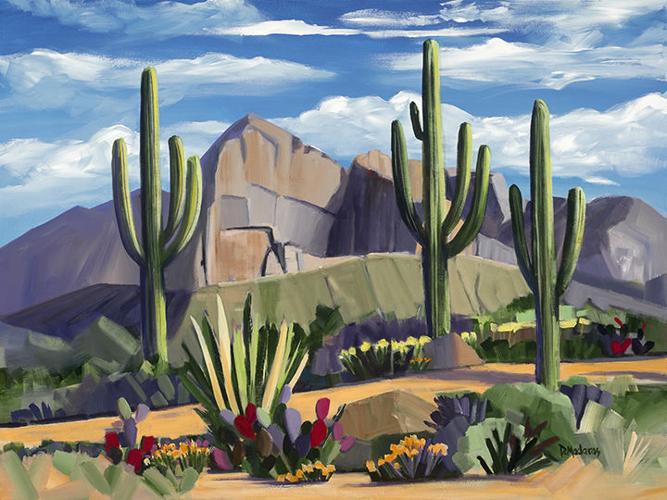 Artist Tom Philabaum won’t be working with molten glass anymore, but his signature gallery at 711 S. Sixth Ave. remains open and will host a retrospective of his five decades of work.

Glass artist Tom Philabaum may be stepping away from the fire, but Southern Arizona’s art scene is hot, hot, hot

All hail to Philabaum’s fire.

For 47 years, Tom Philabaum has bent over the glory hole, the high-temperature furnace where he blows molten glass into things of great beauty. A transplant from the Midwest, Philabaum came to Tucson in 1974, and eventually opened Philabaum Glass Gallery and & Studio in Five Points. That now-fashionable neighborhood was then a rough outpost, but he stuck with it through downtown’s many ups and downs. And inside the hot studio, day in, day out, he made his art, and educated the rest of us to the shimmering possibilities of glass.

He regularly invited other glass artists to show in his gallery and he helped found the Sonoran Glass School, a thriving enterprise that has educated scads of new glassmakers. A major glass exhibition he curated at the Tucson Museum of Art was a startling revelation of the myriad ways to turn glass into dazzling art.

Now Philabaum’s extinguishing the flames in his furnace and putting down his glassblowing pipe. The former champion swimmer has Parkinson’s disease, but he means to keep on making glass art any way he can, painting it, dusting it with glitter, fusing it into layers. The gallery will remain open. The current show, fittingly called The Flame, is a retrospective of five decades of his work; it will remain in place indefinitely. He’ll give a talk at 11 a.m., Saturday, March 31, at TMA. Reservations at dzeller@tucsonmuseumofart.org, or (520) 624-2333, extension 7108.

Tom Philabaum is the very model of an artist who’s given his full measure of devotion to his art, his community and his family. Let his glass fires burn like the Olympic torch, lighting the way for artists yet to come. And let Philabaum preside over this compendium of all the multitudinous arts events to unfurl this spring in this arts-crazy town.

If last fall’s visual arts scene zeroed in on the tragedies of the border, the springtime has summoned up works that praise and ponder the western landscape, a timely choice in a moment when our public lands, even our precious monuments, are under attack.

The Center for Creative Photography, up and running with a new director, Anne Breckenridge Barrett, is honoring the sublime western views of Ansel Adams. An environmentalist who helped co-found the CCP back in 1975, Adams specialized in pristine black-and-white views of the unspoiled West, from the Sierra Nevada to New Mexico. For the new show, Performing the Print, curator Rebecca Senf singled out works that Adams chose to print over and over, each time altering the image by varying the intensity of the darks and lights. Most of the works are majestic landscapes, but one architectural view is a treat for Tucson: it’s a glorious photo of the curves of the patio at Mission San Xavier del Bac.

For $30, you can go to a pre-opening preview on Friday evening, Feb. 16, from 5:30 to 8 p.m. The free opening is Saturday, Feb. 17, noon to 4 p.m. Pulitzer Prize-winning photojournalist David Hume Kennerly reminisces about Adams in a talk at 1 p.m. Also on the agenda: family activities for kids, looks at archival drawers and even a birthday cake, in honor of Adams’ 116th birthday on Feb. 20. (He died in 1984, at age 82.)

CCP continues a large show of color work by Mark Klett, an ASU prof and photographer who makes extraordinary large-scale photos of western lands. He is perhaps best known for his superb Rephotographic Project of then-and-now photos that pair 19th-century explorer images of an as-yet unspoiled West with contemporary shots of the same places today in a degraded state. This show, Courting Failure, Embracing Rise: Mark Klett and Collaboration, zeroes in on collaborations with Byron Wolfe and others.

Both CCP shows run through May 20. ccp.arizona.edu.

The Myth and The Mirror: Artwork of the American West, at the University of Arizona Museum of Art, explicitly looks at the uses and misuses of the land. In the 19th century, myths of a wide-open, unpopulated landscape helped justify Manifest Destiny. So did the photos taken by the  exploration photographers and the paintings of the sublime made by such artists as Albert Bierstadt and Thomas Moran. Curated by grad students Dustin Shores and Eric Wilson, this exhibition takes a novel look at the ways art contributed to both “exploration and colonization.” The works are drawn from UAMA’s own collection. Through April 1. artmuseum.arizona.edu.

The late great Nancy Tokar Miller, a Tucson painter of gorgeous abstract landscapes, now has her work archived at UAMA. Evoking locales from southeast Asia to Tucson’s eastside Agua Caliente Park, her painting deliver not an overt political message but a quiet testimony to necessity of the natural world. The collection includes some 600 acrylic canvases and works on paper, created over a 40-year career. Get a peek at some of these treasures in a small pop-up display at the opening reception for the spring exhibitions, Thursday, Feb. 22, from 5 to 8 p.m.

The Museum of Contemporary Art, better known as MOCA Tucson, jumps into the land use debate in Westification, a series by the young painter Rosson Crow. Her large-scale paintings of the West, in the sprawling Great Hall, look at western expansion and manifest destiny, along with contemporary political culture. Inspired by drives through the desert, Crow uses both paint and photo transfer to depict both desert beauty and desert desecration. Also on view: In Residence by Rose Eken, Out of the Pale byVictoria Fu, Town and Country by Robert Melee, and Carl Jung’s Assault Rifles THE GAME by Bryan Zanisnik. All shows through March 25. moca-tucson.org

The Tucson Desert Art Museum takes a fun approach to the topic in Desert Hollywood: Celebrity Landscapes in Cinema. Northern Arizona’s Monument Valley and the Sonoran Desert here in south are just a few of the dramatic landscapes that have starred in movie and television westerns. The exhibition uses video clips, movie stills and photographs and even movie posters provided by the Loft Cinema to chronicle the media careers of photogenic locations throughout the West. Grad student duo Shores and Wilson contribute an interactive installation.

UA film scholars Dr. Jennifer Jenkins and Dr. Amy Fatzinger give a talk at 1:30 p.m. Feb. 24, free with price of admission. The Loft screens the cowboy classic Rio Bravo outdoors in the museum’s east parking lot at 7 p.m., March 10; bring chairs or sit in your car. The movie is free; if you want to see the exhibition that evening, get in for a reduced price of $5. 7000 E. Tanque Verde Road., at intersection of Tanque Verde and Sabino Canyon roads. $10 admission; discounts for kids, students, seniors. Exhibition runs through June 30. Tucsondart.org.

Tucson painter Josh Goldberg specializes in abstraction, but his big paintings have always struck me as gloriously colored fantasy landscapes. His big canvases, along with some collages, are at Davis Dominguez Gallery now, in a two-person show with fiber artist Claire Campbell Park. Campbell Park’s luminous handwoven wall hangings are color field masterpieces, and like Goldberg’s work, they often conjure up earth, horizon and sky. Through Feb. 24. davisdominguez.com.

Up next at Davis Dominguez are Charlotte Bender paintings, Albert Kogel paintings on wood and works on paper, and Joy Fox clay sculptures.. March 2 to April 21.

Etherton Gallery is midway through Mementos, a photography exhibition that “highlights the photograph as a token of remembrance instilled with memories and dreams.” There are three photographers: Graciela Iturbide, a Mexican documentary photographer whose renowned images of indigenous women seem both mythic and magical; Rodrigo Moya, a distinguished Mexican photojournalist and street photographer; and Masao Yamamoto of Japan, whose hand-worked gelatin silver prints have the delicacy of a haiku. Local artist Rod Lauffer gets the pop-up gallery for his 3D paper works. Through March 3. ethertongallery.com.

Some works by the Trans-Atlantic artists are also on view at Tucson International Airport through March 29. Photographer Vicki Ragan’s works are also in a solo show at ArtsEye Gallery titled Measuring the Ineffable Revisited. The gallery is inside Photographic Works, 3550 E. Grant Road. Through March. artseye.com

If it’s color you want, report to the Tucson Museum of Art for the sumptuous paintings of Andy Burgess, an English transplant who’s fallen in love with the mid-century modern buildings of the Southwest. Burgess strips his architectural geometries of unnecessary details, sets them in a blazing light and colors them yellow, red and sky blue. His solo show, Mid-Century Perspectives: Paintings by Andy Burgess and Objects of Modern Design, also displays his drawings and notebooks. Through April 22. tucsonmuseumofart.org.

Howard Post, a rodeo rider born and bred, is also a painter, UA alum and former UA art professor. He’s also an extraordinary colorist, who paints glowing scenes of cattle and cowboys in a semi-impressionist style. This spring he has two exhibitions, Howard Post, Retrospective at Medicine May Gallery, Feb. 23 to March 4, medicinemangallery.com, and The West Observed: The Art of Howard Post at the Tucson Museum of Art, March 3 through June 24.

Among the smaller galleries, Conrad Wilde hosts High Fiber, a contemporary group show where you can catch a new paper work by Monica Zavala Durazo, break-out star of the recent Desert Corridors exhibition at Tohono Chul. Through Feb. 24. conradwildegallery.org.

Even the Tucson International Airport is stepping up its gallery game, creating new spaces and activities around art. Most recently, the airport gallery opened Fanaux, a reprise of paintings that Tim Mosman and Hank Tusinski showed at Temple Gallery in 2015. The airport celebrated with a literal bang at the reception: Odaiko Sonora played taiko drum music.

If you feel like going off the beaten art track, head south to Nogales, Arizona, to see beautiful, heart-breaking quilts made by members of Tucson’s Migrant Quilt Project. The fiber works inWhat the Eye Doesn’t See Doesn’t Move the Heart chronicle the deaths of migrants in our desert. Pimería Alta Museum through February. pimeriaaltamuseum.org.

Or go way up north, to Oracle, to check out An Inner Astronomy, an installation by Tucson artist Catherine Nash, at the Adobe Barn Gallery at the Triangle L Ranch (home of the Glow events), outside of Oracle proper. Nash has included sculptural works and 21 scroll paintings on Japanese handmade paper—each 8 feet long. Closing reception 5 to 8 p.m. March 18. trianglelranch.com.