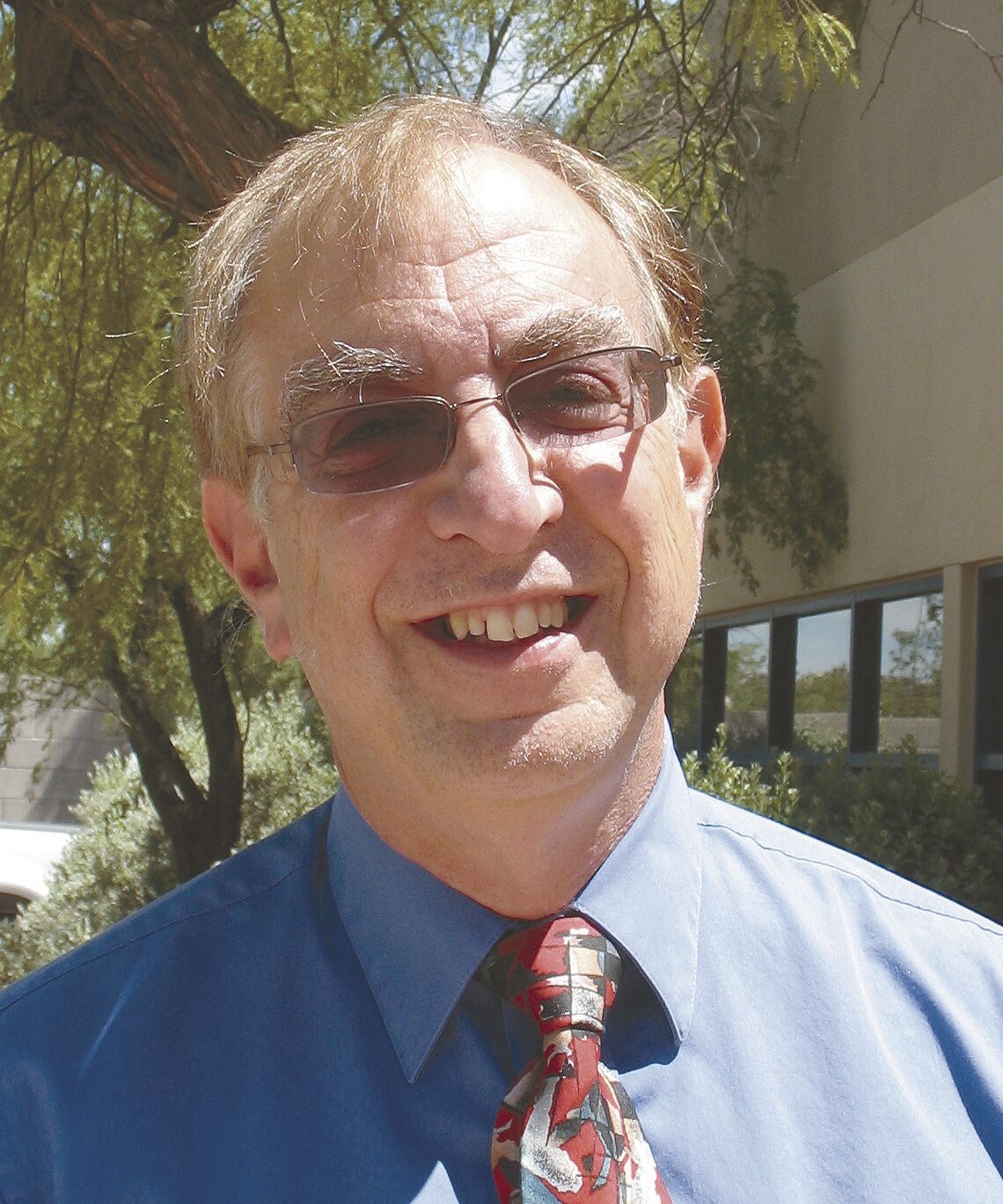 "A Theology for the Rest of Us" is available from MSI Press at Barnes & Noble, Amazon, and more. Yavelberg will be hosting a book signing at the Barnes & Noble at the Foothills Mall on Saturday, June 19 at 1 p.m. 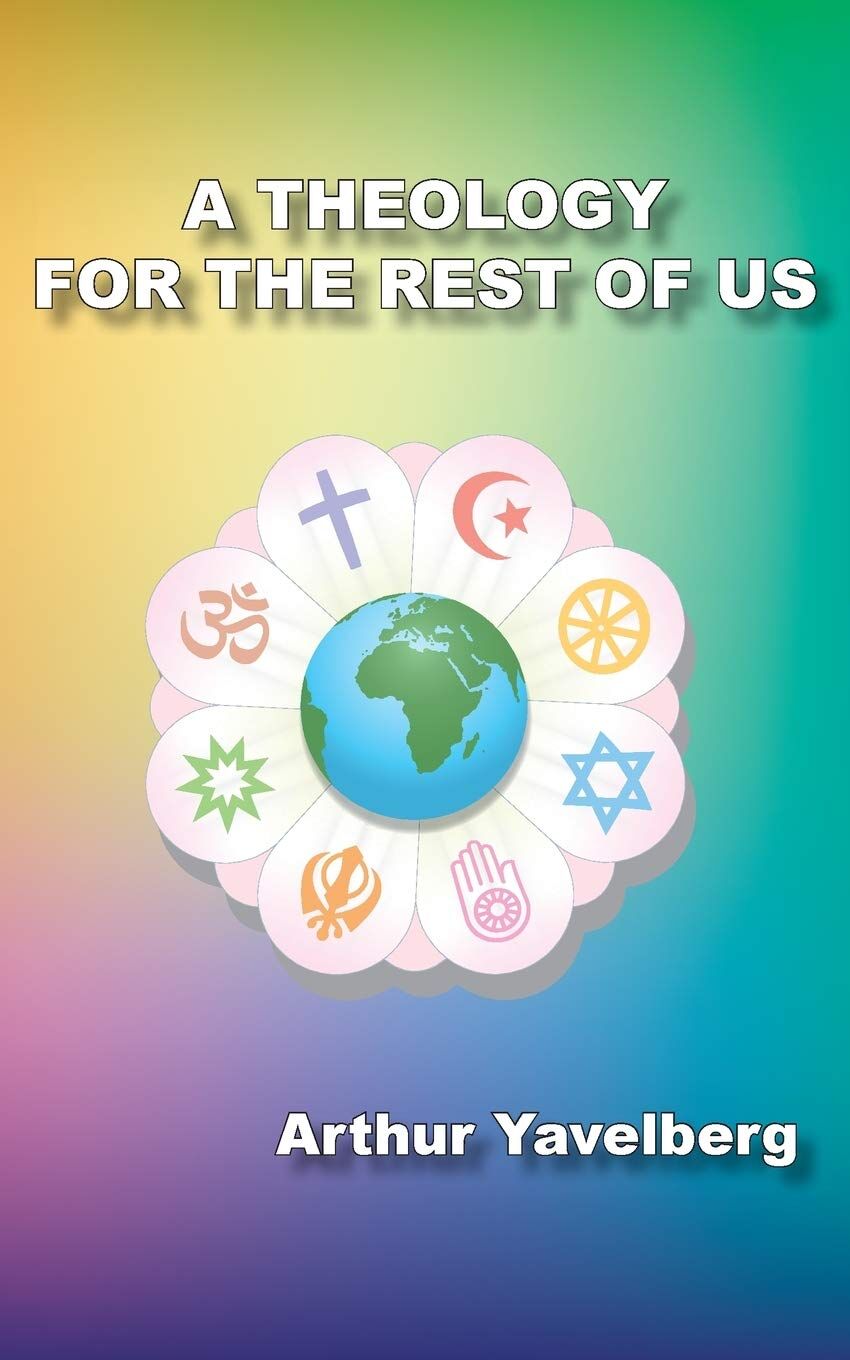 "A Theology for the Rest of Us" is available from MSI Press at Barnes & Noble, Amazon, and more. Yavelberg will be hosting a book signing at the Barnes & Noble at the Foothills Mall on Saturday, June 19 at 1 p.m.

There are questions that have answers, questions without answers, and questions that just lead to more questions. In his new book, “A Theology for the Rest of Us,” local writer Arthur Yavelberg tackles all these types of questions in the hopes of providing some religious illumination in these uncertain times. Now that’s not to say the book aims to convince anyone of anything, but by examining various religions’ insights on topics like free will, the identity of the creator, and why evil exists, Yavelberg provides a map for spiritual awareness.

Yavelberg, who has worked as a teacher of history and comparative religion, as well as the head of Tucson Hebrew Academy, describes the book as “the sum total of his religious theological insight over a lifetime.” But for a book that gathers sources as diverse as the Bible, Buddhist teachings, Dostoevsky’s novels, the Koran and even The Terminator, it’s condensed down to a surprisingly easy-to-read 100 pages.

As Yavelberg states in the book’s opening, “We may never reach absolute certainty, but we are reasonably confident that we can make enough progress to make a difference in living our day-to-day lives.”

When did you first get the idea to write this, and what research was involved?

I’ll say it semi-facetiously, I was probably around 10 years old when I started watching King of Kings with Jeffrey Hunter, which I believe was the first major Hollywood movie to have an actor play Jesus, and Kung Fu with David Carradine. So even back then I was interested in different religions, and the resiliency of dealing with different crises. I didn’t have any formal religious background, but… one thing led to another and I went to the Jewish Theological Seminary in New York, and it was right across the street from Union Theological Seminary in the Upper West Side of Manhattan and got even more interested. And over time, I became a history teacher, and whenever I would teach, I would always take the position as if I was a member of the group I was teaching about. So this book is a formalization of things I had been thinking about since I was a kid.

How did your time as the head of school at the Tucson Hebrew Academy influence your writing of this book?

There are different types of Jewish day schools. There are the Orthodox schools, there are Solomon Schechter schools that are conservative-oriented, and there are reform day schools, too. But the Tucson Hebrew Academy is a community day school, which means it is open to Jews of any persuasion. Now, some of that is pure practical demographics, because there aren’t enough Jews of any particular sect in Tucson for each school. So as a community day school, which even has an accepting admissions policy concerning non-Jewish students, it was very natural for me to be flexible in respecting a number of different traditions and families. It had the advantage of having people talk to each other and understand a sense of consensus and community.... There’s a more open dialogue, and a sense that even if we don’t fully agree, at least we all understand we’re here with the best of intentions and can work out something that can be doable for all of us. And I think that’s the spirit of the book.

In the book, you mention the concept of “Brahman” in Hinduism, which teaches there is an ultimate underlying reality, and that all religions can be different paths to the same answer. Do you believe all religions are striving for the same end goal?

I think so. The Jewish equivalent is the Ein Sof, and in Christianity they talk about Christ’s consciousness, and in Taoism they talk about the tao. In other words, whatever identity is attached to the deity, there seems to be an underlying mystery. Obviously there are fundamentalists in any religion that say “our way is the only way,” and the monotheistic religions are probably the worst in that regard. But I think there is also the understanding that “our way is our way” and the divine mystery is such that it manifests itself differently in different cultures, and in ways that those cultures can understand.

Data shows growing irreligion for each subsequent generation. Do you think this is because younger people are less interested in these questions, or are growing frustrated with organized religion?

I saw some poll that said for the first time since the statistics were kept, fewer than 50% of the American population is affiliated with a traditional religion, but more than like 80% is interested in spirituality. So it’s not that they’re not interested in religion, but formalized religion is deteriorating in terms of support. I personally think it’s because formalized, traditional structures are more interested in preserving their authority and their structures than meeting the needs of individuals who are pursuing these things.... The way it’s framed is always the same: “How can we get people back into the synagogues and churches and mosques?” Invariably, the attitude comes out that “We know what’s right and good, and people are basically lazy and not willing to do what needs to be done in order to do God’s work.” But people don’t go to restaurants to be told what food to eat. They go to restaurants because they know what their appetites are and what food they like to eat. They might ask a waiter for a recommendation, but they don’t go to be told what their order is going to be. People might get indignant and say they know what is correct, but look at the numbers: People are voting with their feet… When Pompei erupted in Italy, there are stories of Roman soldiers who were at their post and died being engulfed by the lava because they were so disciplined that even a flow of lava didn’t make them leave their posts. I think religious authorities are doing the same thing. They’re sticking to their ways and people are finding other sources to meet their spiritual needs.

For the book in general, is there a goal of convincing the readers of anything?

Absolutely not. When I first broached the book to the publisher, they came out with the cover and everything, but the title was Theology for the Rest of Us, and I said “No, it’s ‘A’ Theology for the Rest of Us. In other words, it’s just one of many possible ways of looking at theology. The purpose of the book is to get people to give themselves permission to think about and question things they’ve learned and come up with their own conclusions. People are skeptical these days because they feel authorities are selling something, they want them to vote a certain way or join their group. The purpose of the book is that I don’t want anything, I want you to think for yourselves. People like me, who haven’t had epiphanies, have lots of questions and can be kind of embarrassed and intimidated about talking about them openly. But when we don’t talk about them openly, we don’t get the opportunity to share our experiences and our questions. So I’m not preaching anything, I just want people to acknowledge that they have their own questions, there are a number of answers out there, and they should feel free to pick and choose what resonates. As long as they’re thinking about the process, they’re furthering their own spiritual journey. As the Buddha said, “Be ye lamps unto yourselves.”